A team of scientists have now developed a MOF-based system that can perform not one, but two types of photocatalysis simultaneously: production of hydrogen, and cleaning pollutants out of water. 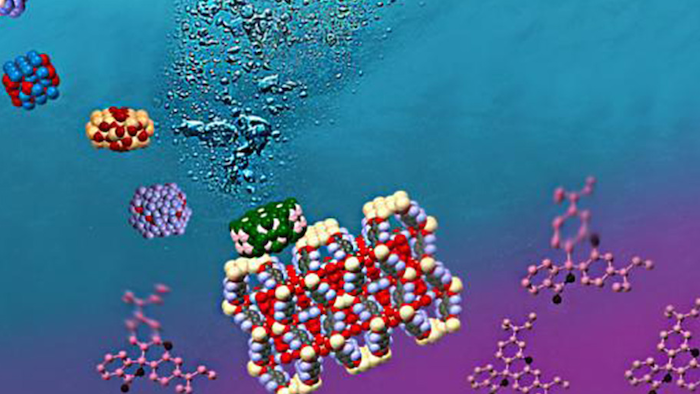 Some of the most useful and versatile materials today are the metal-organic frameworks (MOFs). MOFs are a class of materials demonstrating structural versatility, high porosity, fascinating optical and electronic properties, all of which makes them promising candidates for a variety of applications, including gas capture and separation, sensors, and photocatalysis.

Because MOFs are so versatile in both their structural design and usefulness, material scientists are currently testing them in a number of chemical applications. One of these is photocatalysis, a process where a light-sensitive material is excited with light. The absorbed excess energy dislocates electrons from their atomic orbits, leaving behind "electron holes". The generation of such electron-hole pairs is a crucial process in any light-dependent energy process, and, in this case, it allows the MOF to affect a variety of chemical reactions.

A team of scientists at EPFL Sion led by Kyriakos Stylianou at the Laboratory of Molecular Simulation, have now developed a MOF-based system that can perform not one, but two types of photocatalysis simultaneously: production of hydrogen, and cleaning pollutants out of water. The material contains the abundantly available and cheap nickel phosphide (Ni2P), and was found to carry out efficient photocatalysis under visible light, which accounts to 44 percent of the solar spectrum.

The first type of photocatalysis, hydrogen production, involves a reaction called "water-splitting". Like the name suggests, the reaction divides water molecules into their constituents: hydrogen and oxygen. One of the bigger applications here is to use the hydrogen for fuel cells, which are energy-supply devices used in a variety of technologies today, including satellites and space shuttles.

The second type of photocatalysis is referred to as "organic pollutant degradation", which refers to processes breaking down pollutants present in water. The scientists investigated this innovative MOF-based photocatalytic system towards the degradation of the toxic dye rhodamine B, commonly used to simulate organic pollutants.

The scientists performed both tests in sequence, showing that the MOF-based photocatalytic system was able to integrate the photocatalytic generation of hydrogen with the degradation of rhodamine B in a single process. This means that it is now possible to use this photocatalytic system to both clean pollutants out of water, while simultaneously producing hydrogen that can be used as a fuel.

"This noble-metal free photocatalytic system brings the field of photocatalysis a step closer to practical 'solar-driven' applications and showcases the great potential of MOFs in this field," says Kyriakos Stylianou. 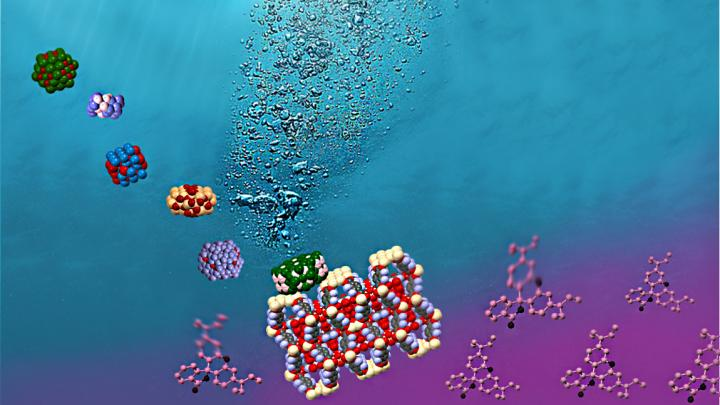