Red Tide Is Plaguing Beaches on Both of Florida's Coasts

Many of Florida's famous beaches were empty Thursday because of a red tide outbreak that for the first time in decades is plaguing both the Gulf and Atlantic coasts at once. 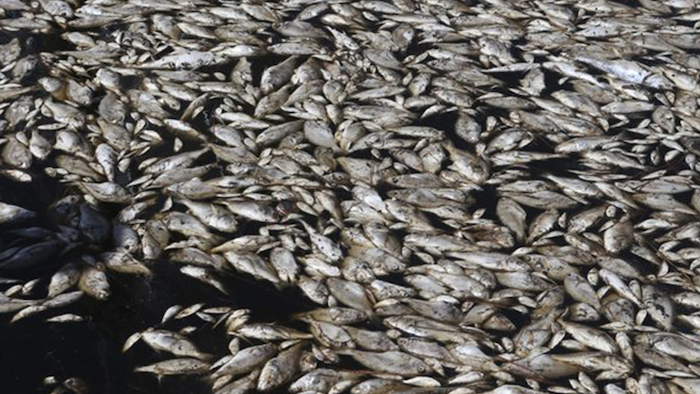 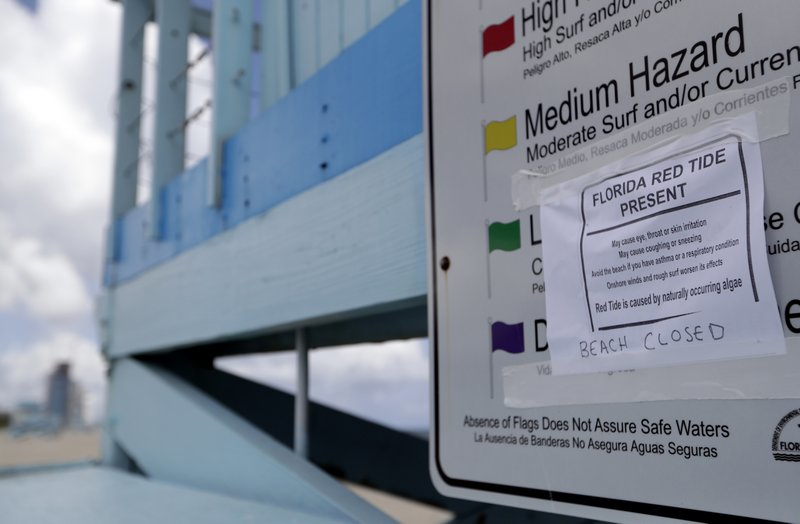 A sign posted on a lifeguard station warns of red tide at Haulover Beach Park, Thursday, Oct. 4, 2018, in Miami. Miami-Dade County closed beaches north of the Haulover inlet due to a rare outbreak of red tide along Florida's Atlantic Coast. Red tide is caused by algae and is common on Florida's Gulf Coast. (AP Photo/Lynne Sladky)

Many of Florida's famous beaches were empty Thursday because of a red tide outbreak that for the first time in decades is plaguing both the Gulf and Atlantic coasts at once.

While the Gulf Coast has suffered the brunt of the toxic algae outbreak all summer, it only just showed up this week on the Atlantic beaches of South Florida.

"It's very rare for us to have it over here," said Lieutenant Matthew Sparling of Miami- Dade Fire Rescue Ocean Rescue. "People come here to be on the beaches and they don't want to be coming down here to be exposed to red tide or sewage spills or whatnot,...so yeah, I think we can be in trouble. "

Red tide can cause breathing problems in humans. It's been blamed for tons and tons of dead fish on miles of beaches. At least six Palm Beach County beaches have been closed since the weekend because of the outbreak.

"The ocean is big business out here," said 36-year-old Richy Beck, as he unloaded a truck full of beach chairs Thursday at Haulover Beach. "It's bad for business, man. It means I'm going to be on the unemployment line." 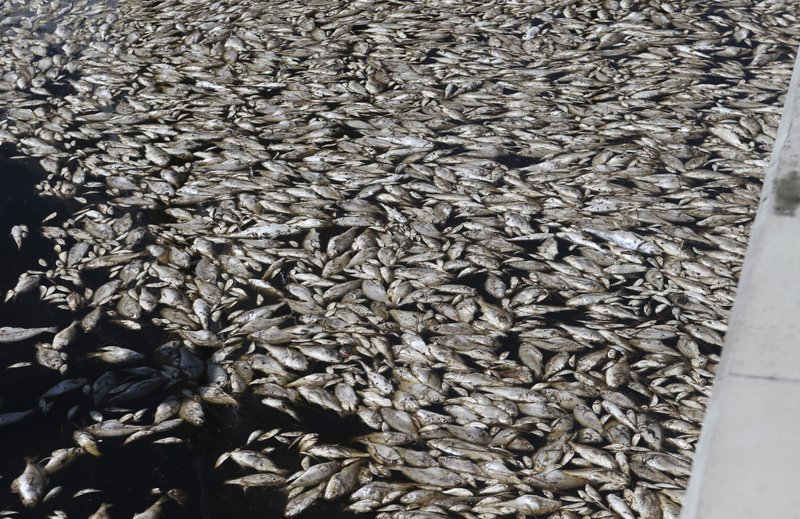 In this Oct. 3 photo, dead fish float in the water near Canal Parkway in Mexico Beach, Fla. Some beaches are closed because of a rare red tide outbreak. (Patti Blake/News Herald via AP)

In Florida's Panhandle, crews of county jail inmates are cleaning up piles of dead fish killed by a red tide bloom near Panama City Beach. Bay County had the highest concentration of algae, while Walton, Santa Rosa, and Okaloosa counties had lower concentrations.

Along the mid-Gulf Coast, Pinellas County is partnering with the National Oceanic and Atmospheric Administration to issue out a first-of-a-kind air quality forecast to keep residents and visitors safe during red tide.

Nick Shay, Professor of Ocean Sciences, University of Miami Rosenstiel School of Marine and Atmospheric Science, said the currents that would take red tide from the Gulf of Mexico into the Atlantic Ocean are always circulating, but the levels of algae in the Gulf are extremely high.

The strength of the fast-moving currents that circulate from the Gulf into the Florida Straits and then up along Florida's Atlantic coast are a reason the oil spill in 2010 was such a concern for the entire state, even though only a small portion of beaches in the Panhandle ultimately were affected, Shay said.

"This year has been an anomalous year for red tide," Shay said, but the algae's reach to the east coast, "it happens. The circulation is relatively constant and known. That's not a stretch."

The Florida Current, which forms the core of the Gulf Stream, can meander widely, bringing red tide close to shore quickly or holding it out at sea for long periods of time. "These meanders can occur daily or weekly or seasonally," Shay said. "If the Florida Current meanders toward the coast, that could amplify an already bad situation into a worst case scenario." 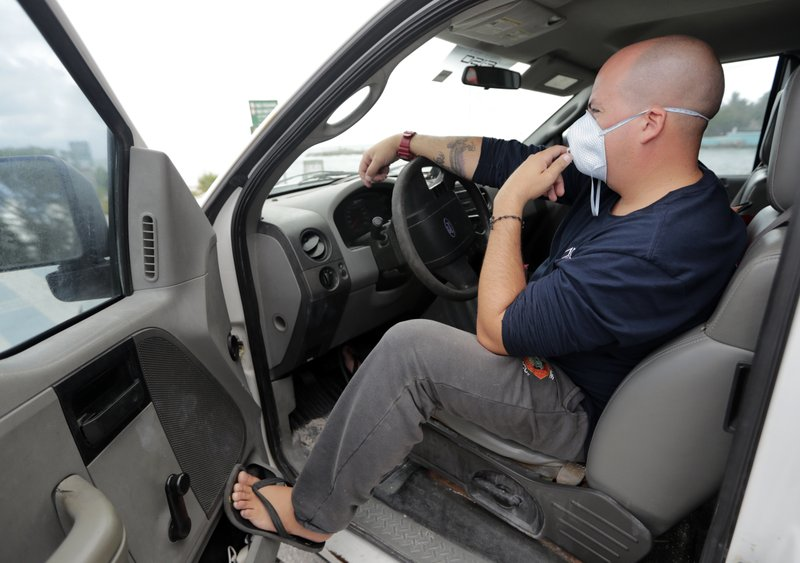 Scott's announced aid was in the form of $3 million in grants from Florida Department of Environmental Protection for Lucie, Martin, Palm Beach, Broward, and Miami-Dade counties to help mitigate the effects of red tide.

The King Tides expected in South Florida in October and November also could worsen the outbreak, as high levels of seawater push into shore, if large amounts of the algae are flowing close to the shoreline.

Vincent Lovko, a staff scientist at Mote Marine Laboratory in Sarasota, said the last time a red tide outbreak affected the Atlantic coast was in the mid-1990s.

Haulover Beach in Miami—a stretch of sand known for being popular with nude sunbathers—was nearly empty Thursday afternoon. The few beachgoers were asked to leave by county officials.

Lifeguard Axel Decamillis sat in his truck wearing a respiratory mask on the south portion of the beach bordered by a jetty.

"I'd rather be safe than sorry," Decamillis said. "We call this area ground zero," he added.