In a discovery that holds promise for future drug development, scientists have detected for the first time how nature performs an impressive trick to produce key chemicals similar to those in drugs that fight malaria, bacterial infections and cancer.

University of Texas at Austin 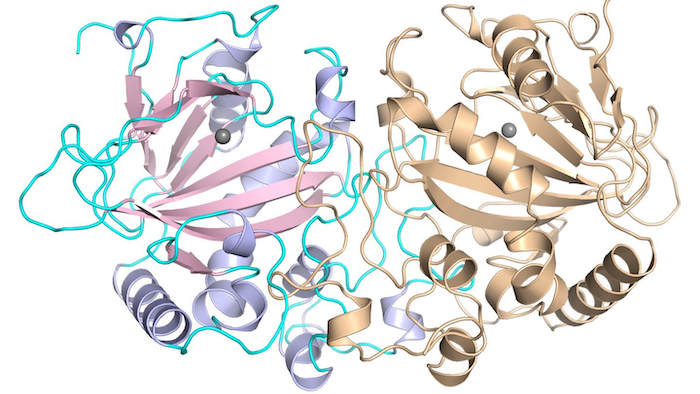 In a discovery that holds promise for future drug development, scientists have detected for the first time how nature performs an impressive trick to produce key chemicals similar to those in drugs that fight malaria, bacterial infections and cancer.

Primary investigator Yan Jessie Zhang, an associate professor of molecular biosciences at The University of Texas at Austin, Pinghua Liu from Boston University and Lixin Zhang from the Chinese Academy of Science report their findings today in the journal Nature.

Just as the spread of rust or forest fire depends on oxygen, a number of medical therapies -- including Artemisinin, one of the malaria-fighting compounds that resulted in this year's Nobel Prize in physiology or medicine -- require a chemical reaction with oxygen to work. Specifically, inserting two consecutive oxygen atoms into a substance brings health benefits in drugs that fight disease. But although scientists know this chemistry found in plants is helpful to humans, they do not fully understand how it works or know how to bring it about in a lab.

The discovery by Zhang, Liu and colleagues -- about how a protein in a common mold can insert a pair of oxygen atoms into a toxin -- sheds light on how nature performs the trick. Zhang describes it as an example of a complicated chemical process in nature that synthetic biologists can now borrow to engineer a whole new class of synthetic medicines.

"Understanding the mechanism is important for drug discovery," she says. "You don't want to develop a drug based on a reaction mechanism that is totally wrong and find out later that the biosynthetic strategy doesn't work."

The protein studied in the mold is part of a larger family of proteins also found in humans and involved in many essential biological processes including gene regulation and fatty acid metabolism. The researchers suspect that the related human enzymes might also use the complicated process that the mold employs to carry out their own oxidative reactions. Ultimately, the scientists hope to find ways to aid the body when these enzymes are not working properly.

"Diseases can occur when these enzymes are overactive or not active enough, such as cancer, rheumatoid arthritis and diabetes," says Zhang. "So by understanding how they work, we have a chance to develop chemical molecules to restore their function."

In the new paper, the researchers map out how an enzyme in a common mold species called Aspergillus fumigatus adds a pair of oxygen atoms to a toxin the mold produces. The surprise to biochemists was that the enzyme, called FtmOx1, produces a highly reactive "helper" known as a free radical that assists in putting the oxygen atoms in the right place.

Oxygen radicals normally react haphazardly with other molecules and quickly fall apart, so scientists would have expected only a single oxygen atom to result. Instead the enzyme performed a complex trick, using the free radical to add the two atoms of oxygen at the same time.