Scientists could be edging closer to a world with greatly reduced and less volatile waste from nuclear power plants, according to a chemical engineer from the University of California-Irvine. 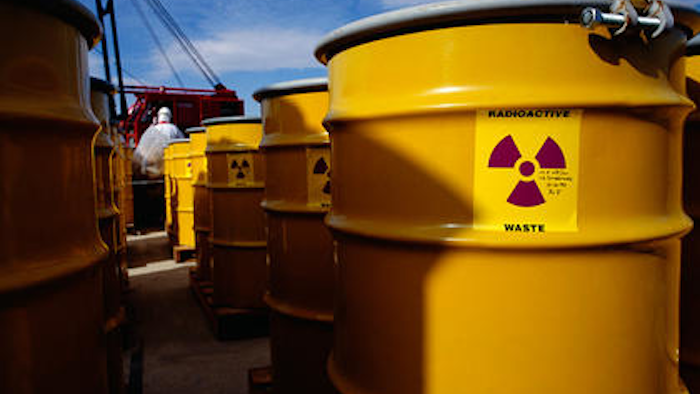 Scientists could be edging closer to a world with greatly reduced and less volatile waste from nuclear power plants, according to a chemical engineer from the Un

Mikael Nilsson, writing for Australian academic and research website The Conversation, notes that several countries — notably the U.K., France and Russia — already use a method dating to the 1940s to reprocess about 97 percent of spent uranium or plutonium fuel.

Nilsson writes that addressing the remaining 3 percent poses "a grand challenge" to scientists but is not impossible; he equates it to "putting a man on the moon."

After nuclear fission reactions run their course, the remaining byproducts include heavier elements such as neptunium, plutonium, americium and curium. Those elements are part of a highly radioactive mixture that must be isolated for millions of years before it can be safely released.

Repurposing those materials could pose safety risks for workers and would likely require complex and expensive chemicals. Nilsson writes that scientists are currently attempting to develop more stable and easier-to-produce substances that react better to the elements in question.

Researchers eventually hope to remove enough of those long-living elements to leave a mixture that would only require about 1,000 years of isolation.

Nilsson concedes that the recycling efforts in use for decades could be used to create material for nuclear weapons and met political resistance in nations such as the U.S.

Nevertheless, he argues that arguments against nuclear power are often "purely emotional and with little or no scientific grounding” — particularly since current nuclear waste levels remain a fraction of the ash from coal-fired power plants and given the inconsistent nature of solar and wind power.