Preliminary numbers released Thursday by the U.S. Labor Department showed a sharp increase in the number of workplace fatalities in private-sector goods production in 2014. 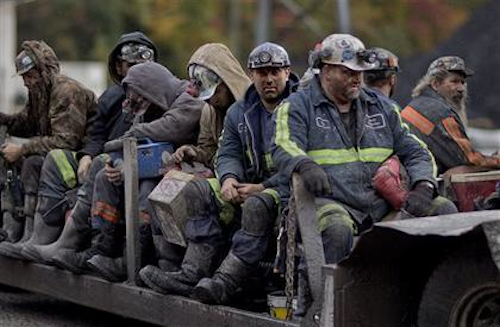 Preliminary numbers released Thursday by the U.S. Labor Department showed a sharp increase in the number of workplace fatalities in private-sector goods production in 2014.

Initial results from the annual Census of Fatal Occupational Injuries reflected a 9 percent increase among those industries compared to final 2013 numbers, led by a 17 percent increase in the mining sector.

The mining category includes oil and gas drilling, which faced worker safety questions as companies cut costs to address sliding crude prices. Oil and gas extraction industries saw a 27 percent increase in fatalities, which rose from 112 in 2013 to 142 last year.

Contracted employees accounted for 17 percent of all fatal work injury cases in 2014 with 797 incidents. The contract-employee fatalities were up 6 percent from 2013 numbers. Most were working in construction or extraction industries.

Fatalities among self-employed workers increased 10 percent, but the Labor Department said that partly reflected a sharp decline in 2013.

Final 2014 numbers will be issued in mid-2016. Revisions will likely see the fatality numbers rise; the average increase between preliminary and revised totals was 173 cases over the past five years.