The tanker overturned Tuesday south of state Route 198 near Laurel, bringing traffic to a halt in both directions. 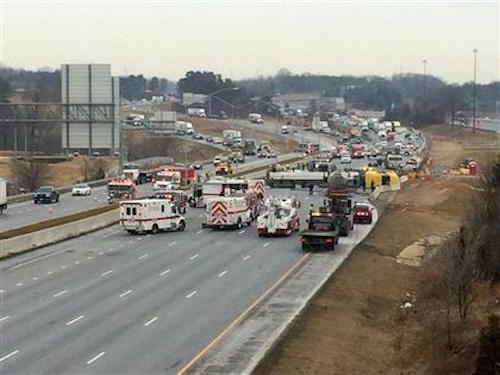 The tanker overturned Tuesday south of state Route 198 near Laurel, bringing traffic to a halt in both directions for more than two hours. Northbound lanes have reopened, but southbound lanes were still closed at 3 p.m.

Prince George's County fire officials say two people, including the tanker driver, were evaluated, but didn't need to be taken to a hospital.