The House Taxation Committee held a hearing on a bill Wednesday that would impose a 4.33 percent tax on ethanol products and electricity from renewable sources. 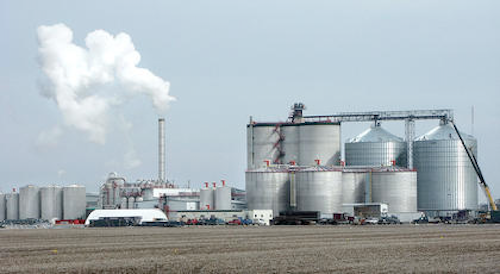 TOPEKA, Kan. (AP) — Ethanol producers say a proposed excise tax in Kansas would harm the industry and put some plants out of business.

The House Taxation Committee held a hearing on a bill Wednesday that would impose a 4.33 percent tax on ethanol products and electricity from renewable sources.

Farmers, ethanol producers and representatives of the renewable energy industry testified to the committee that the tax would hurt rural economies and cause plant closures.

Only conservative think tank Kansas Policy Institute testified in favor of the bill, saying in written testimony the move would eliminate unneeded protections from the industry.

The Kansas Legislature also is considering measures to remove the property tax exemption for renewable power plants and freeze mandates requiring utilities to include increasing portions of renewable energy in the electrical grid.