Federal officials have issued a warning about the danger of inhaling chemicals at oil wells following the deaths of nine workers in the past five years. 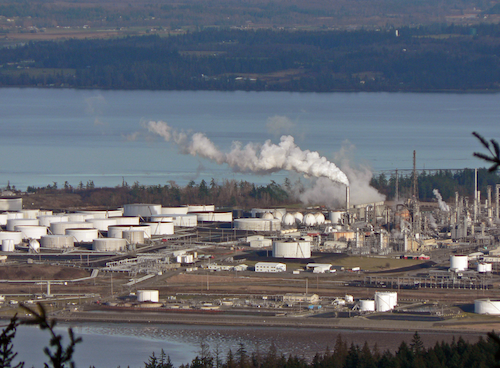 DENVER (AP) — Federal officials have issued a warning about the danger of inhaling chemicals at oil wells following the deaths of nine workers in the past five years.

All the deaths involved people at crude production tanks. Colorado and North Dakota each had three deaths, and Texas, Oklahoma and Montana each had one death.

Most were initially considered to be due to natural causes or heart failure, but the men were later found to have all inhaled toxic amounts of hydrocarbon chemicals after tank gauging — taking measurements of oil or other byproducts in the tank — or takings samples of oil for testing, The Denver Post reported Monday.

All the workers were alone or not being watched by anyone when they were stricken.

High concentrations of hydrocarbons can cause disorientation and death in some cases. "Just breathing in these chemicals at the right amount can kill," said Robert Harrison, an occupational medicine physician at the University of California, San Francisco.

Among those who died in Colorado was Joe Ray Sherman, a 51-year-old Texas native who was a diabetic and suffered heart problems. The Weld County coroner ruled that his March 2014 death was caused by heart disease, but the federal Centers for Disease Control looked into it further.

Sherman's sister, Sherry Tinney of Junction, Texas, is still wondering what to make of his death. "The coroner told us he died of an underlying heart condition, and I'm hoping we were told the truth," she said.

The government sounded the alarm about the trend in late April and the CDC, the National Institute for Occupational Safety and Health and the industry recently issued recommendations to companies to limit exposure to hydrocarbons. The recommendations include providing training on the use of respiratory protection and using engineering controls to do gauging and venting remotely.

The sudden rise in deaths could be linked to the number of inexperienced workers brought in to work during the energy boom, said Kenny Jordan, executive director of the Association of Energy Service Cos. He pointed to the need to distribute the information about how to prevent more deaths.