New regulations targeting endocrine disrupters — which are found in thousands of products — are likely to have sweeping impacts across the chemicals industry. 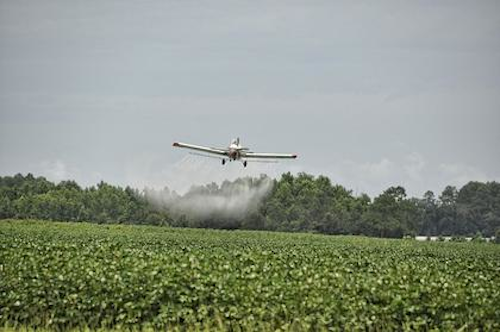 The study focuses on hormone-disrupting chemicals, which are present in products including plastics, electronics, pesticides, flame retardants and cosmetics. The chemicals are believed to play a role in neurological development in kids, obesity and diabetes, and contribute to male-reproductive disorders.

The findings, which were presented at the Endocrine Society’s annual meeting in Brussels last week, come as policymakers in the EU debate whether to enact the world’s first regulations against endocrine-disrupting chemicals. New regulations targeting endocrine disrupters — which are found in thousands of products — are likely to have sweeping impacts across the chemicals industry.

"Although this analysis was limited to the European Union, the disease and cost burden of exposure is likely to be on the same order of magnitude in the United States and elsewhere in the world," said Leonardo Trasande, one of the 18 researchers involved in the studies.

Broken up into separate parts, each report analyzed different types of diseases and the chemicals associated with them.

One part examined the link between obesity and diabetes with BPA, phthalates, and DDE, whose parent chemical is the banned insecticide DDT.

When analyzing male reproductive disorders, the researchers examined polybrominated diphenyl ethers, or PBDEs, which are commonly used as flame retardants and in other products including plastics and textiles.

To determine the impact caused by neurological disorders, including autism and ADHD, the panel again looked at PBDEs as well as organophosphate pesticides. The researchers estimated that this category cost the public the most — an estimated $146 billion per year — in health care fees and treatments including special education for children with behavioral disorders or lower IQs.

Because of the substantial economic consequences, the researchers recommend that exposure to the chemicals be more strictly limited.

But that advice is likely to heed criticism.

Just a few months ago, another report out of Europe declared that BPA currently poses no health risks to anyone at any age at our current exposure levels. The American Chemistry Council also just launched a new campaign to spread the word about BPA’s safety.

Meanwhile, CropLife America, a pesticide industry trade group, criticized the reports, and issued a statement saying that “to ascribe these disorders to endocrine disrupting chemicals in the environment is misleading and potentially harmful.”

But the researchers were confident in the link between these chemicals and medical costs, saying that the likelihood that the chemicals are contributing to these diseases is more than 99 percent.

The study was published in the Journal of Clinical Endocrinology and Metabolism.