California Battery Recycler to Close in Deal With Feds

A Los Angeles County battery recycler at the center of a long public fight over its toxic output has agreed to shutter its plant. 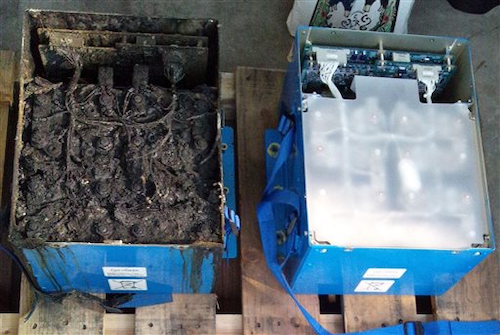 VERNON, Calif. (AP) — A Los Angeles County battery recycler at the center of a long public fight over its toxic output has agreed to shutter its plant.

The agreement is designed to ensure money is available to pay for tens of millions of dollars in clean-up. He gave no further details but said more would be revealed Thursday.

The 15-acre plant five miles southeast of downtown Los Angeles had been idle for a year amid legal and environmental battles, but its owners had hoped to reopen.

Local, state and federal officials had cited Exide for decades for emitting too much lead and arsenic and for violating hazardous waste laws both in and around the plant and on the highways where its trucks traveled.

Exide had already agreed last fall to set aside $38.6 million for closure and clean-up of its site and another $9 million for cleaning up soil around surrounding homes.

Political pressure had been mounting on Exide, which had operated under interim status since the 1980s and was being cited for violations even as it sat idle for the past year.

Earlier this week, state Senate leader Kevin de Leon sent a letter urging the Department of Toxic Substances Control to deny a permit to the recycler.

"There is no reason why this facility should continue to operate," De Leon wrote.

A few days before De Leon's letter, the U.S. Environmental Protection Agency cited Exide for four new violations of the Clean Air Act, according to an EPA violation notice obtained by the Los Angeles Times, which first reported the closure Wednesday night.

Exide, which has filed for bankruptcy protection, announced layoffs of at least 120 people during its then-temporary closure last year. It wasn't immediately clear how many jobs would be affected by the permanent closure.

The company had argued that it was spending $25 million on clean-up, which had become a top priority. In response to many of its citations, the company emphasized that its output met public health standards even when they sometimes fell short of environmental regulations.