The incinerator exposed those nearby to chemicals that can cause cancer, miscarriages and early death, according to the Environmental Protection Agency. 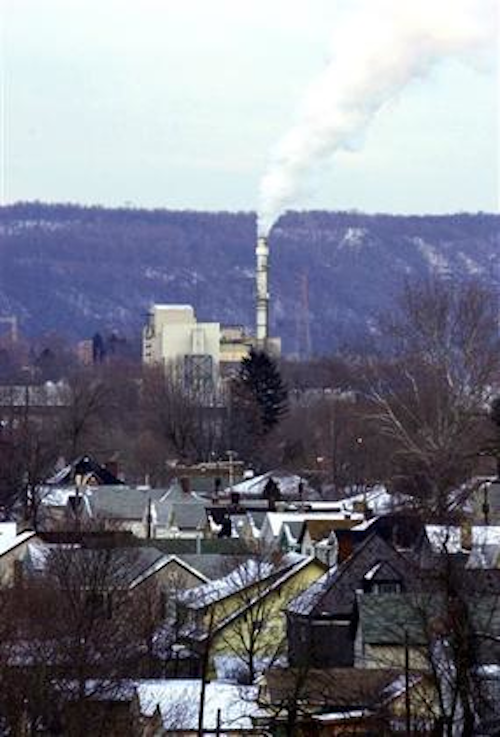 EAST LIVERPOOL, Ohio (AP) — A hazardous-waste incinerator in Ohio released dangerous toxins into the air over the past four

years, exposing those nearby to chemicals that can cause cancer, miscarriages and early death, according to the Environmental Protection Agency.

The federal agency released a 20-page report and found that the Heritage Thermal Services Incinerator in East Liverpool in Columbiana County emitted gases that contained high levels of toxic chemicals 195 times from November 2010 to December 2014. The facility is on the Ohio River near the Pennsylvania and West Virginia borders.

The emissions occurred through both mechanical failures and operator errors, the report said.

"The question now, I think, that should be put to the agencies responsible for this facility is, 'What are you going to do about it?' and 'Why haven't you shut it down?'" said Alonzo Spencer, an East Liverpool resident and the president of Save Our County, an activist group that has lobbied to revoke the incinerator's operating permit.

"I think we deserve answers," he said.

Heritage could face fines or penalties for the violations. Company officials told The Columbus Dispatch they want to discuss the findings with the EPA but wouldn't say whether they agreed with the allegations.

Stewart Fletcher, Heritage vice president and general manager, said Thursday the incinerator continues to operate and the company has scheduled a June meeting with the EPA.

According to the company's website, Heritage can process up to 60,000 tons of hazardous waste each year and has about 180 employees. It drew international attention in the 1990s when residents and activists protested against its construction.

An EPA spokesman said the agency could not comment on a pending enforcement case.