Asbestos-Contaminated Community to Weigh in on Final Cleanup

Residents of a Montana mining community where thousands have been sickened by asbestos exposure will weigh in this week on a proposal to leave the dangerous material behind in many houses and buildings. 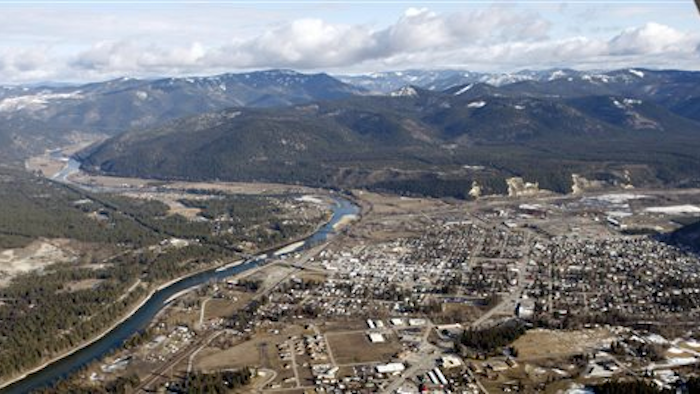 BILLINGS, Mont. (AP) — Residents of a Montana mining community where thousands have been sickened by asbestos exposure will weigh in this week on a proposal to leave the dangerous

material behind in many houses and buildings.

The Environmental Protection Agency has spent more than $540 million to date removing asbestos from the neighboring towns of Libby and Troy in northwest Montana.

The material to be left behind does not present a danger unless people are exposed, agency officials said. Public hearings planned this week in Libby and Troy will gather input from residents and local officials on preventing such exposures.

Possible long-term measures could include zoning restrictions, permit requirements for the disturbance of contaminated materials and education campaigns for firefighters, contractors and others who might inadvertently encounter asbestos on the job.

Representatives of the Montana Department of Environmental Quality have expressed concerns about how the EPA intends to monitor any contaminated waste that's left behind.

The EPA has never fully documented how many homes and businesses were left with vermiculite in their walls after cleanup work was completed.

"We're really just going to be there in a support role," she said. "It's going to impact us in the long-run, and it's important for us to be involved, to know what people are saying and their concerns."

The asbestos came from a W.R. Grace and Co. vermiculite mine that operated for decades outside Libby before closing in 1990.

Vermiculite from the mine was used as insulation in millions of houses across the U.S. In the Libby area, asbestos-tainted mine waste unwittingly was used as a garden-soil additive by residents and as fill for the local construction industry.

Health workers have estimated as many as 400 people have died and almost 3,000 have been sickened from exposure to the contamination.

EPA officials expect to finalize their proposal later this year.

If it's adopted, federal officials have said, the remaining cleanup work will be completed by the end of the decade, after which authority will be transferred to state officials.