The government of the Ivory Coast earlier this year banned creams used to lighten skin due to a series of potential health complications. 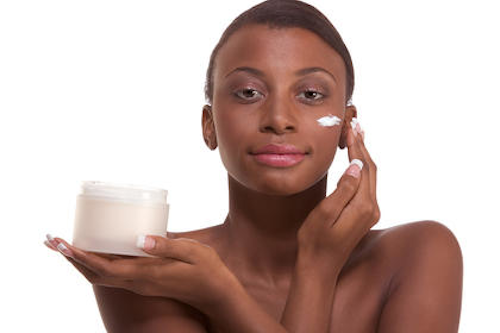 The government of the Ivory Coast earlier this year banned creams used to lighten skin due to a series of potential health complications.

According to a report by Paris-based news agency AFP, however, Ivorians continue to use the potentially dangerous products despite the risks.

The products in question often contain mercury, steroids, vitamin A or elevated levels of hydroquinone, and can cause white spots, acne, or -- with excessive use -- high blood pressure and diabetes. Hydroquinone, in particular, is considered a potential carcinogen and is banned in Europe as skin-lightening agent.

The Ivory Coast ban, enacted in April, could result in fines of up to $585 for violators, but businesses nevertheless continue to advertise and sell the products.

One executive for an Ivorian cosmetics company told AFP that people would attempt to make the creams on their own if they were pulled off store shelves.

"At least we know the composition," the executive said.

Ivorian health officials say that they'll work to raise awareness of the dangers of such creams before moving onto enforcement. Authorities, however, could face problems overcoming beauty standards in the West African nation that favor lighter skin tones.

"It's men that push women to become lighter," Marie-Grace Amani, who's lightened her skin for four years, told AFP.