A $750 million wrongful death lawsuit filed against Fort Detrick charges that the Army's handling of chemical and biological toxins was reckless and responsible for a number of deaths and illnesses. 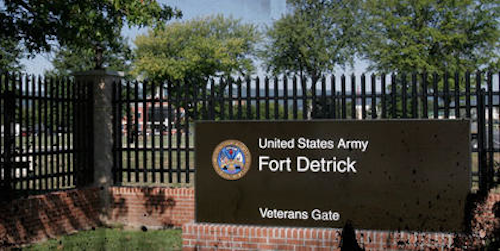 BALTIMORE (AP) — A $750 million wrongful death lawsuit filed against Fort Detrick charges that the Army's handling of chemical and biological toxins was reckless and responsible for a number of deaths and illnesses.

The plaintiffs include family members of Kristen Renee Hernandez, who died from brain cancer in 2008. The lawsuit also seeks compensation for other deaths or illnesses it says were caused by living near Fort Detrick.

A state public health investigation in 2011 found no statistically significant evidence of cancer clusters within 2 miles of Fort Detrick.