A nonprofit advocacy group is asking state regulators to investigate several companies they say appear to be selling children's products with harmful chemicals above state limits. 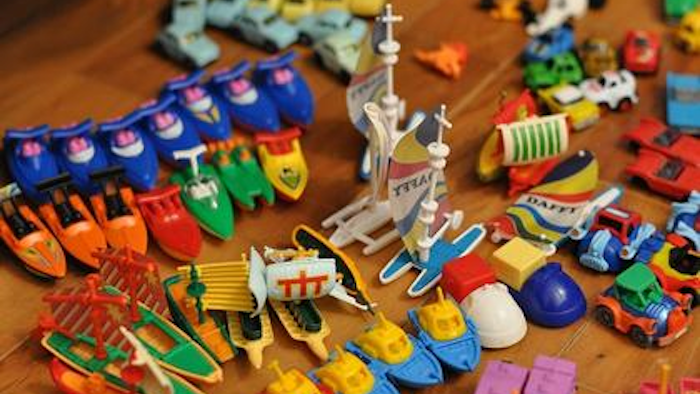 The Washington Toxics Coalition said it reviewed thousands of reports that manufacturers of children's products submitted to the state and found cases of possible violations of the state standards for cadmium and phthalates in children's clothing and personal care products. Cadmium is a known carcinogen and phthalates are used to make plastic softer.

The group wants the Department of Ecology to take appropriate enforcement action.

Regulators with the Department of Ecology buy and test products to make sure manufacturers are reporting accurate information.

But Ecology officials say it's unclear whether it can use manufacturer's self-reported information to pursue possible enforcement action, said Andrew Wineke, an Ecology spokesman. He said the agency has been consulting with state lawyers on the issue.

"The state has made good progress on collecting and analyzing toxic chemicals in children's products," the group's executive director, Laurie Valeriano, wrote the agency Tuesday. "However, it is time manufacturers be held accountable for selling products with harmful banned chemicals."

In 2008, state lawmakers passed the Children's Safe Products Act, which limits the amount of lead, cadmium and phthalates allowed in certain children's products sold in Washington state. It also requires manufacturers of children's products to report to the state if those products contain certain harmful chemicals. That data is available to the public.

"We're looking into it. We're trying to come up with the best approach," Wineke said. "The purpose wasn't to identity violations, it's to inform Ecology and consumers about what sorts of chemicals are in the products that consumers buy."

State officials want to get a better picture of what's in the products so they can work to find safer alternatives to those toxic chemicals, he said.

Since 2012, the state has taken about 107 enforcement actions, mostly related to the reporting requirements, according to Ecology.

"We feel this is an important issue for public health and children's health," said Nancy Uding, research specialist with the Washington Toxics Coalition. The group found cases where manufacturers reported high levels of phthalates in children's clothing, false nails and other items and high levels of cadmium in some toys and clothing.

Jennifer Gibbons, senior director of state government affairs with the Toy Industry Association, said in an email that Washington state law was pre-empted by federal law for toys. Any products thought to be in violation should be turned over to the CPSC for investigation and potential enforcement action, she said.

Messages left with retailers and manufacturers were not immediately returned Wednesday.