A newly developed hydrogel coating can quickly neutralize some of the world's most notorious chemical weapons, according to a recent study. 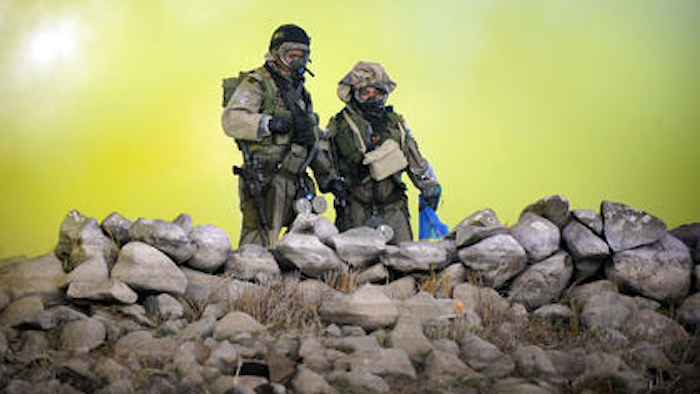 A newly developed hydrogel coating can quickly neutralize some of the world's most notorious chemical weapons, according to a recent study.

The substance degraded the nerve agent VX — a particularly dangerous and stubborn chemical — within 20 minutes, and found similar success with both soman and mustard gas.

Previous attempts to neutralize those agents were successful, but fell short when applied in real-world situations. Researchers hope the new hydrogel could eventually be incorporated into paint or clothing to help protect soldiers.

VX was included in the Syrian regime's stockpile amid widespread reports of chemical attacks in the war-torn Middle Eastern nation.

Soman was reportedly deployed in the war between Iran and Iraq in the 1980s, while mustard gas was first used in World War I nearly 100 years ago.

The research was published in the journal ACS Applied Materials & Interfaces.