BPA Risk to Newborns May be Overplayed

A study of days-old infants shows an innate ability to clear the controversial compound used in plastics from the body. 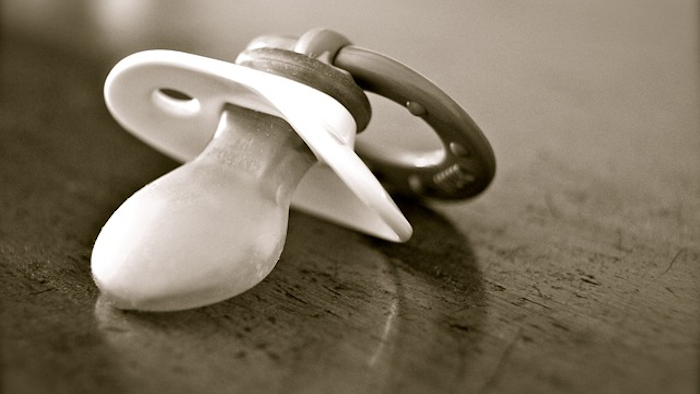 Johns Hopkins Bloomberg School of Public Health researchers say that while a large majority of newborns are exposed in their earliest days to bisphenol A (BPA), a much-studied chemical used in plastics and in

food and soda can linings, they can chemically alter and rid their bodies of it.

The findings, published April 23 in The Journal of Pediatrics, challenge the current thinking on BPA toxicology. The U.S. Centers for Disease Control and Prevention has found that more than 92 percent of Americans ages six and older have BPA in their bodies, most likely through the consumption of food stored in packaging made from it. No one had studied levels in healthy newborns, but it was assumed that their immature livers would have a difficult time processing the chemical and that could mean increased health risks due to BPA.

BPA mimics the sex hormone estrogen in the body and may have developmental effects on the brain, lung and reproductive organs, and has been associated with diabetes and some cancers. It is currently used in many plastics in the United States, but was banned in baby bottles and sippy cups in 2012 by the Food and Drug Administration for fear of what the chemical could do to the very young. But BPA is still in wide use because the FDA has repeatedly concluded that it is safe at the current levels occurring in foods.

"Even though we've removed BPA from bottles, this work shows infants are still exposed to it," says study leader Rebecca Massa Nachman, PhD, MPH, a post-doctoral fellow in the Johns Hopkins Bloomberg School of Public Health's Department of Environmental Health Sciences. But the good news is that our study also shows healthy newborns are better able to handle that exposure than we thought."

Scientists were concerned that BPA would behave similarly in the body to bilirubin, a biological byproduct created by the breakdown of red blood cells. Healthy livers turn bilirubin into bilirubin glucuronide, a very similar process to the one BPA follows, which can then be excreted. Routinely, babies may have trouble with this process in their earliest days, resulting in jaundice in most newborns.

Nachman says researchers still don't know how the babies were exposed to BPA. Notably, Nachman's group found no difference between BPA glucuronide levels in infants who were formula fed and those who were breastfed. Fifty-one percent of the babies were fed formula exclusively, 28 percent were only fed breast milk and 21 percent consumed a combination of the two.

Studies have shown that powdered baby formula contains no BPA, while breast milk does. Among children and adults, food is believed to be the primary source of BPA found in the body, even though it is also found in cash register receipts, refillable water bottles, the lining of water pipes and even in dust.

Because of its short half-life, BPA found in the urine reflects recent contact with a source of BPA, making in-utero transmission from mother to baby an unlikely culprit.

"It must come from somewhere outside of the diet," she says.