About 70 residents in the city south of Denver were asked to remain indoors following the accident. 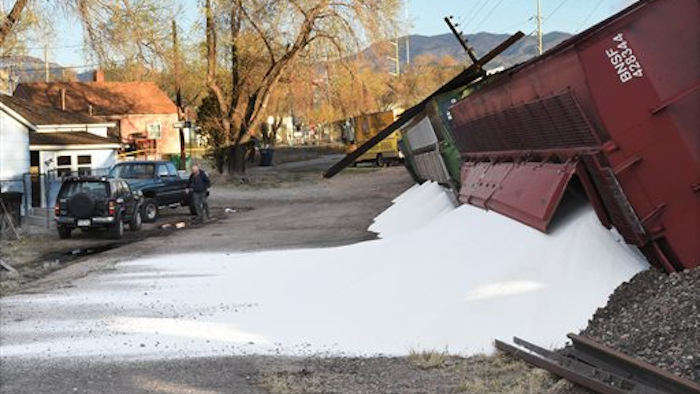 About 70 residents in the city south of Denver were asked to remain indoors following the accident Sunday night. Powdered ammonia can cause burns to the skin and eyes or damage the lungs if it's inhaled.

No one was injured, and there were no evacuations.

Burlington Northern Santa Fe spokesman Joe Sloan said Monday that some of the fertilizer spilled and it's being cleaned up. Photos show white powder escaping from toppled rail cars, some of it spreading across a path near some homes.

Sloan says trains are being rerouted on a siding, and there is no estimate on when the damaged tracks will be fixed. Several rail crossings are closed.