Crews worked early Friday to stop natural gas flowing from a drilling rig off the Louisiana coast, and the Coast Guard said workers had cut the flow in half since officials lost control of the rig a day earlier. 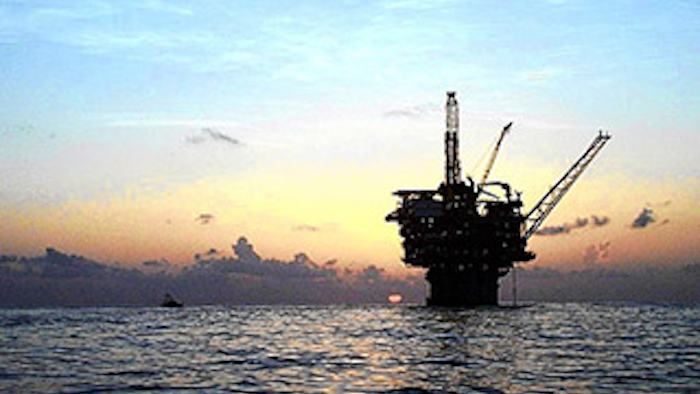 NEW ORLEANS (AP) — Crews worked early Friday to stop natural gas flowing from a drilling rig off the Louisiana coast, and the Coast Guard said workers had cut the flow in half since officials lost control of the rig a day earlier.

No injuries or pollution have been reported. The Bureau of Safety and Environmental Enforcement said most crew members had been evacuated from the rig, which was drilling in 262 feet of water about 108 miles southwest of Lafayette.

The rig operator is EnVen Energy Ventures of Metairie, La. Chief Operating Officer Jonathan Garrett said gas, water and sand are flowing, but no pollution has reached the Gulf of Mexico. Gas is being vented off the rig while crews work to kill the well, he added.

"All personnel currently aboard the rig are safe and non-essential personnel have been evacuated, all well control equipment is functioning as designed (and) there has been no environmental impact," she said Thursday.

A BSEE spokeswoman said a platform that was producing oil and gas near the EnVen rig was shut down as a precaution.

Wild gas wells tend to be less of an environmental threat than blowouts from oil wells.

A natural gas blowout off Louisiana's coast in July 2013 ended one day later. Authorities believed the well had been clogged by sand and sediment. The rig, operated by Hercules Offshore Inc., blew out and later caught fire. Part of the rig collapsed before the well apparently plugged itself.

The BP PLC blowout in April 2010 off the southeast Louisiana coast killed 11 workers and spewed a mixture of natural gas and oil from a busted well nearly a mile under the Gulf's surface. The worst environmental damage appeared to be caused by the hundreds of millions of gallons of crude oil that escaped and fouled marshes and seafood grounds.

The EnVen rig was operating in relatively shallow waters, where measures to control a leak or blowout are easier to manage than in the deep waters of the Gulf.