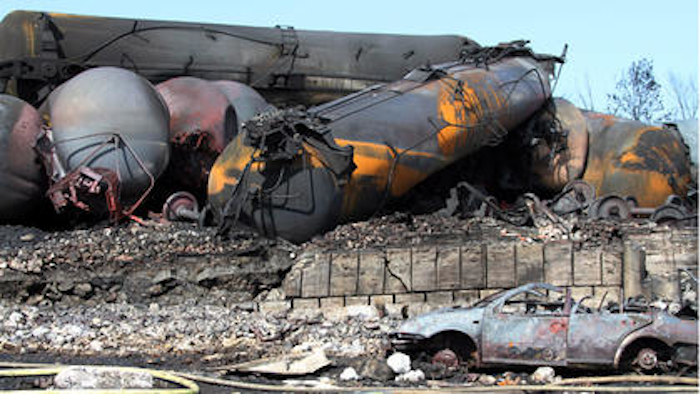 The Federal Railroad Administration proposals are a response to several accidents involving oil trains from the Bakken region of North Dakota. Last July, an unattended parked train came loose, sped downhill into the town of Lac-Megantic in Quebec, Canada. More than 60 tank cars caught fire and several exploded, killing 47 people and destroying much of the town.

The train was manned by only one railroad employee, who wasn't present at the time the cars came loose.

Freight rail industry officials have been divided over whether one-crew member trains should be allowed to continue.