Nelson Bunker Hunt, a Texas oilman who once tried to corner the silver market with one of his brothers only to see the move end in financial disaster, has died. He was 88. 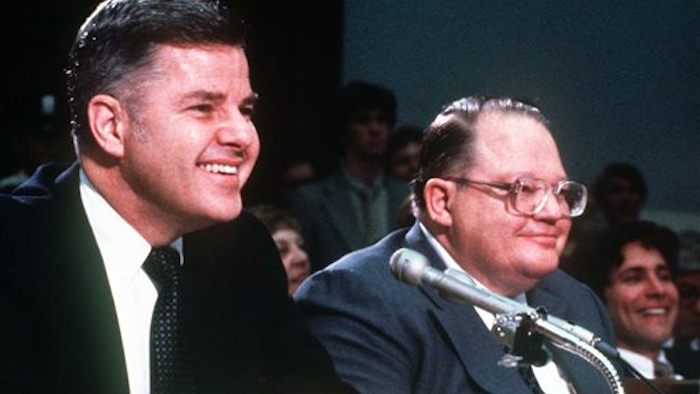 DALLAS (AP) — Nelson Bunker Hunt, a Texas oilman who once tried to corner the silver market with one of his brothers only to see the move end in financial disaster, has died. He was 88.

Hunt was among the world's wealthiest men. His father was legendary Texas oilman H.L. Hunt, who left behind a multibillion-dollar fortune and Placid Oil Co., once one of the biggest independent oil companies.

Nelson Bunker Hunt built on his father's oil and gas holdings, finding a rich Libyan oil field only to have it nationalized later by Moammar Gadhafi. He owned millions of acres of farm and ranch land in Australia, race horses and an ancient coin collection.

But a huge, soured bet on the silver market by Hunt and his brother, Herbert, led to legal problems and bankruptcy. The holdings grew to nearly $4.5 billion by January 1980, and he and Herbert Hunt lost more than $1 billion in March 1980 when the price of silver collapsed.

The brothers agreed to lifetime bans from trading in commodities futures and a $10 million penalty with the Commodity Futures Trading Commission, which alleged that they manipulated the price of silver.

Nelson Bunker Hunt filed for bankruptcy protection in 1988, and much of his remaining fortune was liquidated to pay creditors and the IRS.

A funeral is scheduled for 11 a.m. Friday at Park Cities Presbyterian Church in Dallas, to be followed by a private graveside service, Hunt's brother said.