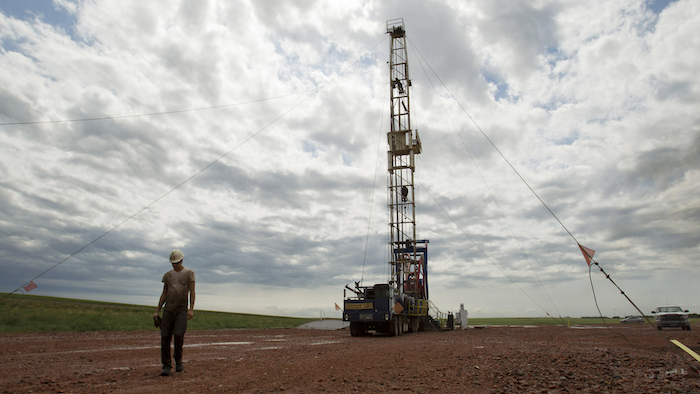 The market was shaken by news that Saudi Arabia was cutting prices for the U.S. to compete with the surge in oil production there.

"A snowballing effect is what we are seeing in crude oil price today," said Fawad Razaqzada, an analyst at Forex.com. "News that Saudi has cut its asking price to customers in the U.S. suggests even the largest OPEC producer is now worried about its market share. This does not bode well for the future of the cartel."

OPEC members are due to meet on Nov. 27 in Vienna, Austria, but investors doubt the cartel will agree to cut production to raise prices. That is another reason why oil prices have remained under pressure.

"With just 3 1/2 weeks to go before OPEC's meeting, Saudi Arabia does not appear willing to curb its supply," analysts at Commerzbank said in a report. "This makes it rather unlikely that any agreement to jointly reduce production will be reached ... and suggests that pressure on oil prices will persist."

Oil prices have fallen sharply this year, particularly in recent months — the U.S. contract was trading at $100 a barrel as recently as July.

Beyond the glut of supplies in the U.S., there is also a pickup in output from Iraq and Libya despite geopolitical tensions there. The strength of the dollar, meanwhile, has weighed on prices by making oil more expensive for international investors.

On the demand side, traders are worried about the state of the global economic recovery, notably the pace of growth in Europe and China. A weak growth forecast for the 18-country eurozone from the European Union on Tuesday only added to that sentiment.