Criminal charges have been filed against a New Castle company in connection with the explosion of a storage tank in Pymatuning Township that killed a welding contractor last year. Reed Oil Co. was charged Nov. 26 by the state attorney general with two counts of unlawful conduct for violating state Department of Environmental Protection laws. 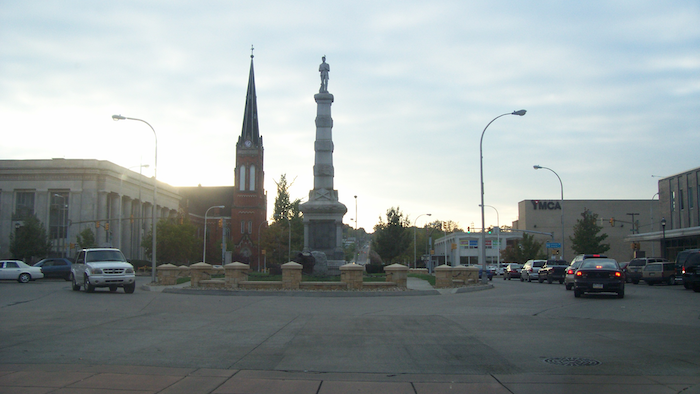 Criminal charges have been filed against a New Castle company in connection with the explosion of a storage tank in Pymatuning Township that killed a welding contractor last year.

Brian Krauss, 37, of New Castle, died of massive head trauma in the Aug. 19, 2013, explosion. The blast hurled a large storage tank across Crestview Drive and landed in the front yard of a nearby home.

The state attorney general’s office started an investigation into the explosion based on a referral made by DEP. In October, DEP fined Reed Oil more than $60,000 for 21 violations of environmental statutes.

“I’d like to see this guy go to jail,” John Krauss, Brian’s father, said Tuesday evening in reaction to the criminal charges.

As for the fine, he said, “That’s like flicking a quarter or a nickel. That’s a slap on the hands.”

“They said that Brian wasn’t certified but he was certified,” Krauss said. “This isn’t the first time he’d been up there welding. He had welded for the state of Pennsylvania on bridges.”

Reed Oil also is accused of failing to have four of the six ground storage tanks at the Brownie’s site, including the one that exploded, inspected by a certified inspector within 10 years. The last inspection of the tanks was October 2002, violating the state environmental code, according to the affidavit.

An investigator discovered that on the day of the explosion, Krauss had been hired to reattach the catwalk to the top of the tanks and it is suspected that the use of an angle grinder by Krauss caused the explosion and fire.

“Those people could’ve told him they put fuel in there. A tank is worse when it’s not completely full,” Krauss, who is a welder, said. “And if Brian would’ve known there was anything in it, he wouldn’t have done anything on it.”

The late Transfer Fire Chief Phil Steele had told the Herald two days after the explosion that the 10,000-gallon tank was drained of gasoline a week prior to the explosion and 7,500 gallons of diesel fuel were pumped into it two days before the explosion.

Krauss was one of several people who’d been working on the tanks leading up to the explosion, according to a neighbor. Krauss worked on the storage tanks on other occasions, including Dec. 3, 2012, when he welded two hooks on three Brownie’s tanks.

A spokesperson for Reed Oil Co. was not immediately available for comment late Tuesday afternoon. A preliminary hearing is set for 1 p.m. Dec. 29 in Judge Brian Arthur’s district court, Greenville.