Thousands of gallons of the chemical that spilled into the water supply for 300,000 West Virginians will be heading to Pennsylvania on Tuesday. 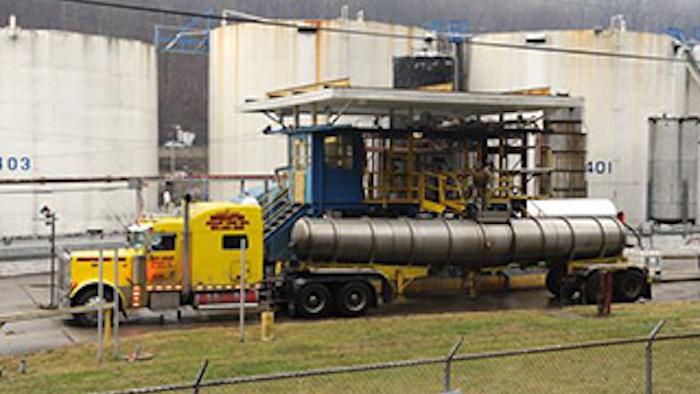 CHARLESTON, W.Va. (AP) — Thousands of gallons of the chemical that spilled into the water supply for 300,000 West Virginians are heading to Pennsylvania.

Freedom Industries expected to move 3,500 gallons of crude MCHM from its Nitro, W.Va., facility to a coal facility in Pennsylvania on Tuesday. The Department of Environmental Protection warned that it could mean unsavory licorice smells for neighbors.

State environmental regulators ordered Freedom to remove all chemicals from the Charleston site of the Jan. 9 spill. But when Freedom began transferring to its Nitro site, officials declared that facility unsafe. The state ordered Freedom to fix its issues or move to a different facility.