A utility is opposing a $2.9 million bankruptcy settlement that would fund projects to benefit 300,000 people whose water was contaminated in January. 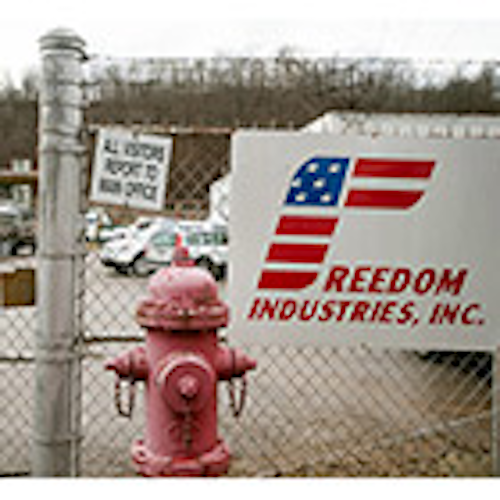 CHARLESTON, W.Va. (AP) — A utility is opposing a $2.9 million bankruptcy settlement that would fund projects to benefit 300,000 people whose water was contaminated in January.

West Virginia American Water says Freedom Industries shouldn't use money from its insurance proceeds to pay for the projects. The water company filed its opposition last week in U.S. Bankruptcy Court in Charleston.

The water company says the proposed settlement would keep creditors from recovering on bankruptcy claims. James Lane, the case's claims agent, said in early August that thousands of claims were seeking more than $170 million combined. More were being tallied.

"Ultimately, the proposed settlement driving the motion would prevent creditors from receiving any payment out of millions of dollars contained in the estate," West Virginia American Water wrote in its filing. "In short, it is just wrong!"

The utility is seeking $1.1 million after replacing its carbon filters. It also wants Freedom to cover its potential damages in spill lawsuits. Its parent company, American Water, has said in quarterly filings that it intends to "vigorously contest" 58 lawsuits partly blaming the company for the spill that tainted its water supply.

The proposed settlement would let a yet-to-be-determined panel pick what to fund, potentially including long-term health monitoring. It would let claimants opt out and file their own claims.

Under a liquidation plan that includes the settlement, West Virginia American Water says it would only be able to recover $29,000, or 1 percent of the insurance pot, if it kept pursuing its claim.

"This arbitrary amount provides no meaningful alternative to those parties who do not want their claims extinguished by the settlement," the company wrote.

Freedom and 24 residents and businesses that sued after the spill proposed the deal, which would settle their cases.