The first bill drafted by Texas lawmakers in response to the West fertilizer plant explosion that killed 15 people got an icy reception from Republicans who said the tougher proposed regulations would overburden storage facilities with complexities and cost. 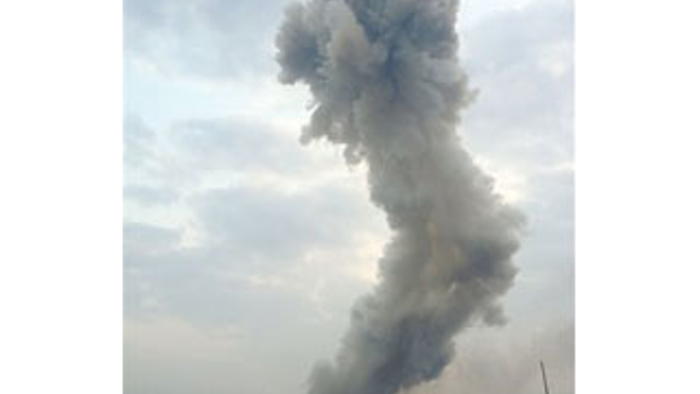 AUSTIN, Texas (AP) — The first bill drafted by Texas lawmakers in response to the West fertilizer plant explosion that killed 15 people got an icy reception Tuesday from Republicans who said the tougher proposed regulations would overburden storage facilities with complexities and cost.

"It seems like we're out there with a power grab," Republican state Rep. Dan Flynn said.

Giving the state fire marshal more inspection authority and requiring ammonium nitrate — the chemical that caused the massive and deadly fireball at West Fertilizer Co. in April 2013 — to be stored in non-combustible containers are among the first proposed new laws put on paper.

The Texas Legislature doesn't reconvene until January, and writing any bill this far in advance is unusual. But the draft comes after the House Committee on Homeland Security and Public Safety spent the past year investigating the explosion that mostly killed firefighters and first responders.

Chairman Joe Pickett, an El Paso Democrat who wrote the bill, said that without stricter laws there would be another disaster on the scale of the West blast.

"I don't think there has been much actual, physical change to any of the facilities that are dangerous" since West, Pickett said. "I think some of them are waiting to see what Legislature might do but very few have done anything to make it safer."

Immediate pushback from GOP lawmakers on the panel signaled how tough it could be to push substantial changes through the Republican-controlled Legislature next year. They broadly called the first draft "overkill" and openly wondered how small fertilizer plant operators could afford to meet new regulations.

The state fire marshal has supported requiring structural improvements to 46 facilities in Texas that store ammonium nitrate. In the West explosion, the ammonium nitrate was stored in flammable wooden containers.

The blast injured 200 people and caused $100 million in damage in the rural city.

Democratic state Sen. Wendy Davis, his opponent in the governor's race, has hammered Abbott over the decision.