Because the chemicals were used in common building materials, there could be PCB contamination in 13,000 to 26,000 schools nationwide. 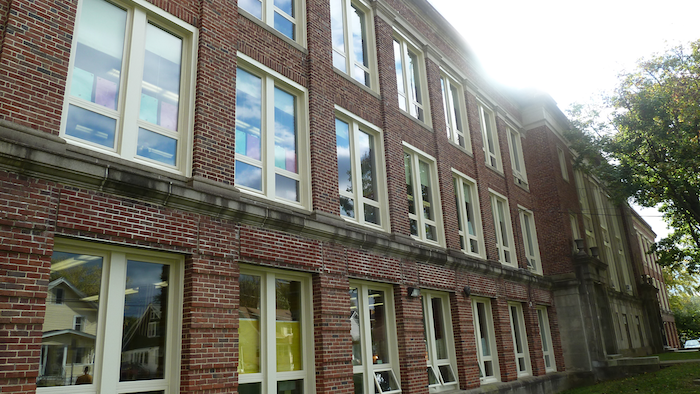 On the heels the Flint, Michigan water crisis that exposed schoolchildren to potentially dangerous levels of lead, activists are targeting another chemical menace they say could be lurking in schools: polychlorinated biphenyls (PCBs).

PCBs were used in plasticizers, dyes, electrical equipment and a number of other industrial applications until they were banned in the U.S. in 1979. The Environmental Protection Agency notes, however, that PCBs could still be present in products manufactured before the ban such as adhesives, insulation and plastics.

Because they were used in common building materials, there could be PCB contamination in 13,000 to 26,000 schools nationwide, according to Harvard researchers cited in The Washington Post.

Schools are not required to test for PCBs under federal law. But a group of activists is now lobbying Congress to change that.

PCBs have been linked to a number of health problems including cancer and neurological problems. Exposure can happen by simply touching materials laden with the chemicals or breathing air contaminated with PCB dust.

One parent in California led a years-long effort to eliminate window caulk and other PCB-contaminated materials from the community’s schools and filed a lawsuit against the school district. A federal judge eventually ruled that the district remove the chemicals by 2019.

Activists involved in that effort have since teamed up with the Environmental Working Group and are aiming to have Congress mandate that the EPA require all schools built between 1950 and 1979 test for PCB contamination.

While the EPA doesn’t currently recommend inspections at all schools, it does recommend that schools decrease the likelihood of PCB contamination by removing certain types of light fixtures, caulk and other materials.

The activists are also hoping to have the EPA lower its acceptable threshold for PCB exposure, saying that it’s harmful in children at levels lower than the current standard.