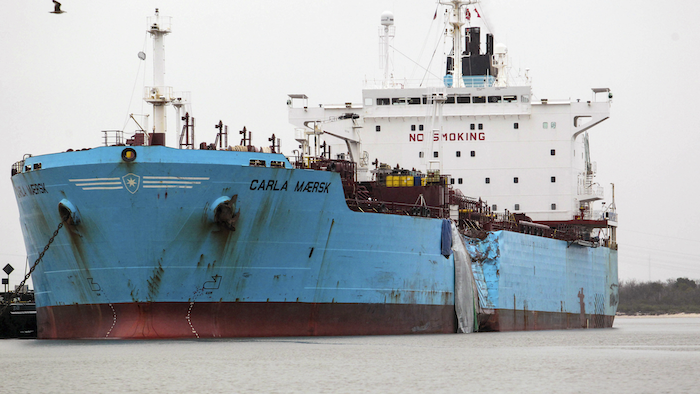 The Houston Chronicle reported Wednesday that the National Transportation Safety Board has urged Houston officials to improve channel safety — especially during heavy fog.

The NTSB concluded that the pilot's failure to communicate as he guided the Conti Peridot through thickening fog contributed to the collision with an outbound chemical tanker, the Carla Maersk.

The March 9, 2015, accident caused about 88,000 gallons of a flammable chemicals to spill. Nobody was hurt.

A spokesman for the Houston Pilots Association welcomed the recommendations and said the report will be reviewed.