The oil-producing region of North Dakota and Montana leaks 275,000 tons of methane annually, a significant amount of the greenhouse gas but less than previously believed. 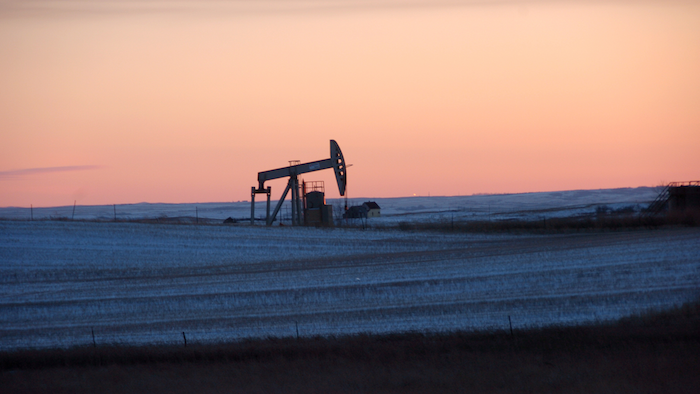 BISMARCK, N.D. (AP) — The oil-producing region of North Dakota and Montana leaks 275,000 tons of methane annually, a significant amount of the greenhouse gas but less than previously believed, a study released Wednesday said.

The data, collected in two years ago by an airplane over the heart of western North Dakota's oil patch, was the first field study of methane emissions done in the Bakken shale formation that spans western North Dakota and eastern Montana, said Jeff Peischl, the study's lead author from the Cooperative Institute for Research in Environmental Sciences at the University of Colorado in Boulder.

After carbon dioxide, methane, the primary component of natural gas, is the second-most prevalent greenhouse gas emitted from the U.S. and the majority of such emissions come from natural gas and petroleum systems, the Environmental Protection Agency has said.

Methane emissions from the Bakken were less than what had been reported by some satellites and slightly lower than U.S. Environmental Protection Agency estimates that were based only on production levels, Peischl said. And the data show the amount of methane leaking from the Bakken is similar to the emission rate from the oil-rich Denver-Julesburg Basin in Colorado, Peischl said.

Researchers said using low-flying aircraft, like the one the National Oceanic and Atmospheric Administration flew over the oil field in May 2014, improves accuracy of emission collection data.

A separate study released last month showed that the Bakken leaks about 250,000 tons of ethane annually, and enough to be detected by monitors in Europe. Ethane also is a significant component of natural gas, a valuable byproduct of oil production in the Bakken. Drillers currently burn off, or flare, more than 10 percent of the gas because development of pipelines and processing facilities to capture it hasn't kept pace with oil drilling.

"There are emissions happening," Glatt said. "We are finding problems and they are not widespread but at the end of the day we need to do a better job."

Methane can be emitted by natural sources such as wetlands, or by other industries such as cattle feedlots, but researchers said almost all methane detected in the study was attributed to oil and gas operations.