Scientists have found a new and better way to achieve a chemical reaction that is used widely in the pharmaceutical as well as flavor and fragrance industries. 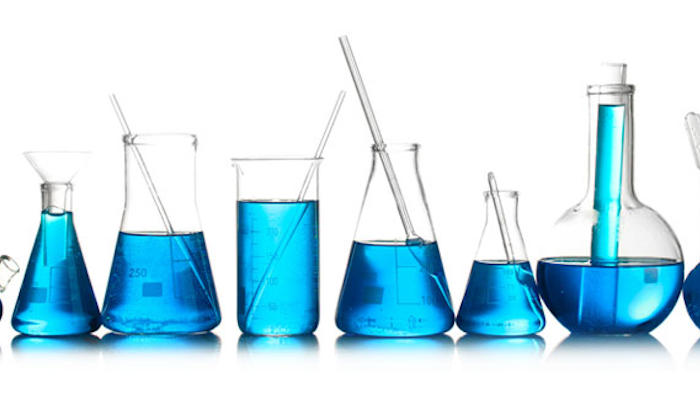 Scientists at The Scripps Research Institute (TSRI) have found a new and better way to achieve a chemical reaction that is used widely in the pharmaceutical as well as flavor and fragrance industries.

Traditional methods of "allylic oxidation" typically employ toxic and/or expensive reagents such as chromium, ruthenium or selenium. That largely prevents the reaction from being used at industrial scales, for example to manufacture pharmaceuticals. By contrast, the TSRI chemists' new method is easily scalable: It uses only inexpensive, safe chemicals, along with old-fashioned electrochemistry--driving a reaction with an electric current.

"Turns out one of the best reagents you can buy is sitting in your wall socket," said principal investigator Phil Baran, the Darlene Shiley Professor of Chemistry at TSRI.

In collaboration with pharmaceutical chemists at Bristol-Myers Squibb and China-based Asymchem Life Science, Baran and his team demonstrated the value of the new technique by using it to make more than 40 sought-after compounds--much more cheaply, cleanly and scalable than existing methods allow.

"The scope of the reaction is just phenomenal, it's super easy to do, and the overall improvement in environmental sustainability is dramatic," said Baran. 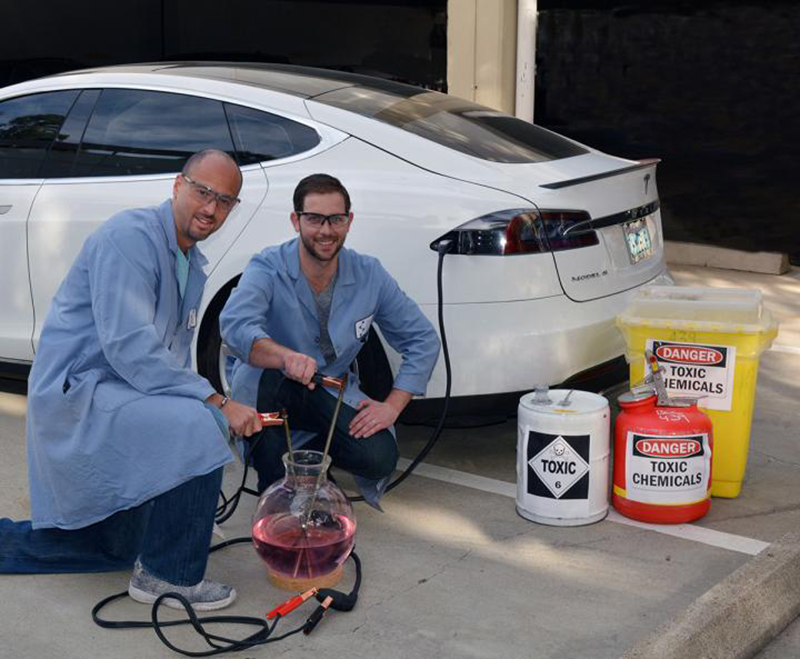 Allylic oxidation reactions essentially attach an oxygen to a carbon within a cluster of atoms called an allyl group--a common feature on organic molecules. The addition of that one oxygen atom can bring about a major change in the properties of the overall molecule, and thus allylic oxidation is used throughout chemistry, sometimes to improve the properties of an existing compound and sometimes to enable the synthesis of a compound otherwise obtainable only from plants.

Because the vast majority of previously published allylic oxidation reactions employ reagents that are either toxic or expensive, or both, they have been almost entirely restricted to small-scale applications for which the toxic waste load is easily manageable.

Several years ago, Baran and his laboratory set out to find a cheaper and more environmentally friendly way to perform allylic oxidations, so they could be useful on larger scales. The team's initial literature search led them to a relatively obscure electrochemistry-based method published by Japanese researchers in 1985. That method had far too low a yield to be useful on its own, but it pointed the way to a better method, for it didn't require as many of the problematic reagents used in other allylic oxidations.

Current from a Simple Battery

After extensive experimentation, Baran and his colleagues, including co-lead authors Research Associate Evan J. Horn and graduate student Brandon R. Rosen, developed a new electrochemistry-based method in which all the reagents and other setup details are relatively simple, inexpensive and environmentally friendly.

The electrodes used to transmit current through the reaction vessel are made of vitreous carbon and cost just a few dollars each. The oxygen source is not pure O2 gas--which tends to create a fire/explosion hazard at industrial scales--but a widely available liquid oxidant, tert-butyl hydroperoxide. The base and solvent are pyridine and acetone, both cheap and ubiquitous in chemistry labs. The electrochemical mediator, which assists in removing hydrogen atoms from the original molecules to make way for oxygens, is derived in one step from a non-toxic, cheap and widely available flame retardant. The electric current is regulated by a potentiostat, which in turn can be controlled by a laptop; the current source is a simple battery.

"You could use a lantern battery or even a car battery if you wanted," Baran said.

Baran and his colleagues initially demonstrated the new method by employing allylic oxidations to modify several compounds of interest to Bristol-Myers Squibb (BMS), which has an ongoing research collaboration with the Baran laboratory.

He and his TSRI team then demonstrated the method on more than a dozen compounds broadly known as terpenes--of great interest to chemists in the pharma industry and elsewhere.

"Among other things we used the method to make some terpene natural products," said Horn. "A few of these related to medicinal chemistry, but we also made some compounds that are important for the flavor and fragrance industry--stuff that smells real nice."

One reaction yielded the hard-to-obtain nootkatone, a natural compound that helps give grapefruits their flavor and also appears to be a safe insecticide.

In nearly all of these demonstrations, the new method's advantages over prior methods--better yields, safer and cheaper reagents--were striking.

"For one oxidation, the prior method required a chromium reagent in a 15 to one ratio with the compound to be oxidized, yet we were able to accomplish the same transformation with electricity and a cheap, safe, industrial oxidant and no chromium," said Rosen.

Chemists at Asymchem Life Science, a process-oriented contract research organization with an interest in electrochemistry, performed one demonstration reaction at a medium, 100-gram scale and proved its simplicity and robustness by using a simple hardware-store bucket for their reaction vessel. "Doing that with a traditional chromium or ruthenium reagent would have generated far too much toxic waste," Baran said.

Baran and his group at TSRI are following up this research by exploring possible fragrance- and flavor-related applications, and are also collaborating with BMS and Asymchem to develop electrochemistry-based methods for reactions beyond allylic oxidation.

"Our hope," said Baran, "is that 10 years from now, at companies like BMS medicinal chemists and process chemists will routinely employ electrochemistry--and will all have potentiostats at their hoods, next to their stirring plates."