TransCanada Corp. has resumed sending oil through the Keystone Pipeline after a weeklong shutdown prompted by a leak and oil spill in southeastern South Dakota. 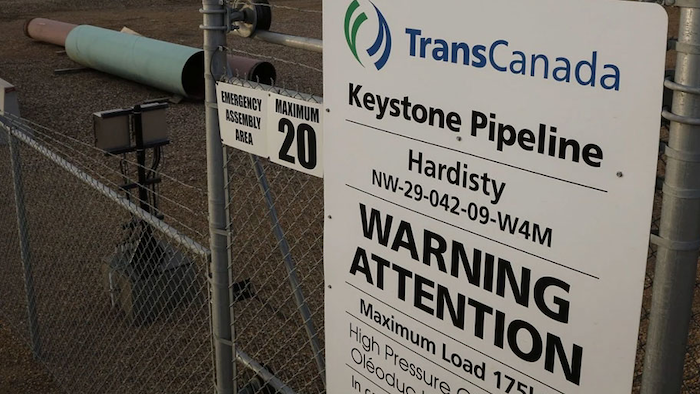 SIOUX FALLS, S.D. (AP) — TransCanada Corp. has resumed sending oil through the Keystone Pipeline after a weeklong shutdown prompted by a leak and oil spill in southeastern South Dakota.

The pipeline came back online Sunday, but with a reduced pressure. The company says it is continuing cleanup and land restoration at the site of the spill, which TransCanada estimates was about 400 barrels, or just under 17,000 gallons.

The leak was discovered April 2. The company says there was no significant environmental impact or threat to public safety.

The pipeline transports crude from Alberta, Canada, to refineries in Illinois and Oklahoma, passing through the eastern Dakotas, Nebraska, Kansas and Missouri. It can handle 550,000 barrels, or about 23 million gallons, daily.

The company has not released estimates on cleanup costs and repairs.