At a Glance: Settlement is Latest Milestone After BP Spill

Here's a look at some of the legal milestones since a deadly explosion on the Deepwater Horizon drilling rig killed 11 workers and led to millions of gallons of oil spewing into the Gulf of Mexico. 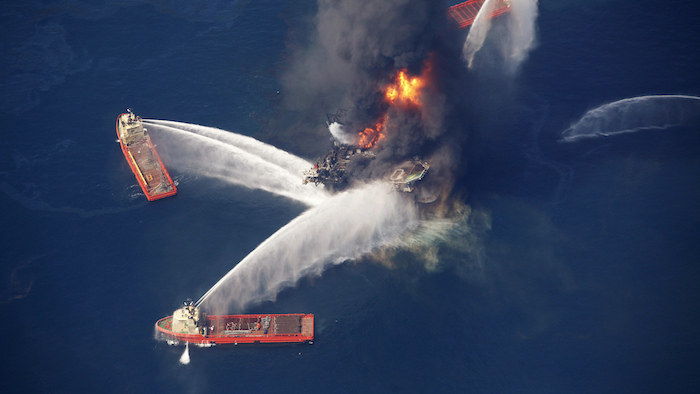 NEW ORLEANS (AP) — A federal judge gave his final approval Monday to an estimated $20 billion settlement over BP's massive 2010 oil spill. Here's a look at some of the legal milestones since a deadly explosion on the Deepwater Horizon drilling rig killed 11 workers and led to millions of gallons of oil spewing into the Gulf of Mexico:

Last July, BP reached a record-setting $20 billion settlement agreement with the federal government and five Gulf states. U.S. District Judge Carl Barbier in New Orleans gave his final approval to the deal on Monday. The agreement includes $5.5 billion in Clean Water Act penalties and billions more to cover environmental damage. The Justice Department has called it the largest environmental settlement in U.S. history as well as the largest-ever civil settlement with a single entity.

Barbier presided over a multi-phase trial for the spill litigation before last summer's settlement agreement resolved the bulk of the remaining civil claims against BP. The judge heard testimony from rig workers who survived the blast and from company executives who worked on the ill-fated drilling project off Louisiana's coast. Barbier set the stage for the settlement when he ruled BP acted with "gross negligence" in the disaster.

A Justice Department criminal investigation resulted in charges against four mostly lower-ranking BP employees. Most of those cases largely fizzled. In February, a jury acquitted BP rig supervisor Robert Kaluza of a misdemeanor pollution charge. Another rig supervisor, Donald Vidrine, pleaded guilty to the same charge after federal prosecutors abandoned more serious manslaughter charges against the two supervisors. Former BP executive David Rainey was acquitted of charges he manipulated spill-related calculations. Former BP engineer Kurt Mix was convicted of obstruction of justice for deleting a string of text messages, but a judge ordered a new trial amid allegations of juror misconduct. Mix ultimately pleaded guilty to a less serious charge and was sentenced to six months of probation.

The criminal investigation wasn't a total dud for the federal government. BP pleaded guilty in 2013 to manslaughter for the rig workers' deaths and agreed to pay a record $4 billion in criminal fines and penalties.

In 2012, BP reached a multibillion-dollar settlement agreement with private attorneys for businesses and residents who claim the spill cost them money. That deal, which didn't have a cap, led to a protracted court battle over subsequent payouts to businesses. A court-supervised claims administrator is still processing many of these claims.