Prominent Chemist: We Are Facing a ‘Crisis of Innovation’

According to John Warner, 65 percent of technologies that could have been invented haven't come to light. 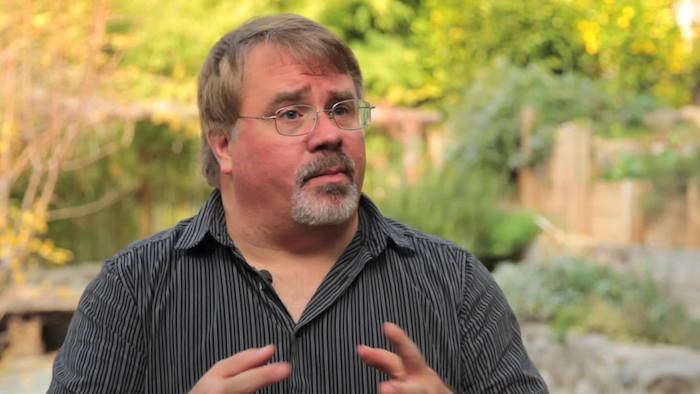 It’s no secret that the world of chemicals manufacturing has an image problem. As the Toxic Substance Control Act reform plays out in the public, phrases like “80,000 un-tested chemicals are on the marketplace,” are touted almost daily.

Why are so many potentially hazardous chemicals manufactured? Regulations are often named as the culprit. But if you ask prominent chemist John Warner, the issue of safe chemicals has deeper roots than what the EPA can track.

During an eye-opening keynote address at InformEx, held this year in New Orleans, Warner outlined what he calls a “crisis of innovation” and how the principles of green chemistry can play a huge role in developing safer chemicals

His point of view is not surprising. Warner literally wrote the book on the subject in a textbook called “Green Chemistry: Theory And Practice,” that was co-authored with former EPA science advisor Paul Anastas. Published in 2000, the textbook has been translated into 15 languages and has helped propel Warner to a though-leader in the field.

His career is not short on other note-worth accomplishments. Warner spent years leading the research team at Polaroid, founded the PhD program in green chemistry at the University of Massachusetts, has travelled to 40 countries to speak, co-founded the Warner Babcock Institute for Green Chemistry and received a Perkin Medal from the Society of Chemical Industry — one of the highest honors given in chemistry.

Despite the accolades and the growing interest in green chemistry, Warner says the term is often misunderstood and associated with unrelated efforts like banning chemicals or producing new biofuels.  Instead, the 12 principles of green chemistry Warner and Anastas outline in their book boil down to this straight-forward goal: to innovate chemicals that are safe for human and environmental health — while also being superior to existing chemicals in performance and cost.

It’s in the process of making chemicals with those requirements that Warner says innovation can thrive. After his keynote, I sat down with Warner to find out more about this “crisis of innovation” and how the industry can overcome it. Here’s how be breaks down the issue:

Around 65 percent of technologies haven’t been invented:
During his address, Warner posited that a high number of inventions that could happen haven’t come to light. It’s a number that seems to reveal a staggering failure in chemistry. But how did he come to that conclusion?

When it comes to complying with Warner and Anastas’ 12 principles of green chemistry — which include “less hazardous chemical syntheses,” “designing safer chemicals,” “design for energy efficiency” and “reduce derivatives” — Warner said that roughly 95 percent of chemicals don’t make the grade.

The “publish or perish” climate of universities stifles innovation:
“I’m not saying universities don’t do a good job. They are under a lot of pressure,” Warner explained. “But this is a huge philosophical debate: Is the university serving society or does it serve itself?”

Warner says it’s a situation that forces scientists to work on papers that often make little impact outside of the university walls.

Students aren’t taught to innovate:
“Each student has the capacity to invent, but they are convinced they don’t,” Warner said in his keynote about the hierarchal world of academic chemistry.

Warner says students need to be freed to see what they can accomplish in a lab.

“When we start a project at my company, I forbid scientists to go to the library,” he explained in his keynote. “I make them go to the lab and trust their instincts without being biased [by other scientists’ previous research.]”

Universities don’t teach toxicology:
According to Warner, in the U.S. around 15,000 people graduate each year with degrees in chemistry, but no university requires a chemist to pass a class in toxicology — meaning that once these chemists start working, they don’t know if they could be on a path to create the next dangerous neurotoxin or cancer-causing chemical.

Recently, Warner and other scientists went to Capitol Hill to argue that the U.S. needs to improve its training of chemists to include green chemistry principles. The increased emphasis on green chemistry would not only boost sustainability and safety efforts — by restricting a researcher to a set of guidelines they must follow, chemists will have to become more creative and thus, more innovative.

Chemists put themselves in buckets too much:
Rather than working in silos, Warner says chemists should work across different sectors of the industry — whether its pharmaceuticals, cosmetics or material sciences — to help each other.

“A molecule doesn’t know if it’s a drug or in asphalt,” Warner said in his keynote.

Big companies can still innovate:
“The bigger the company, the more innovation happens. Five scientists can innovate five times faster,” Warner said in his keynote. But he warned: “In a big organization, the negation effect is also stronger. If an organization doesn’t keep in control the ‘dream robbers’ and the naysayers, they could throw that innovation away.”

Chemists aren’t connected with their purpose:
Why are chemists in this line of work in the first place? It’s to serve society, Warner said — a mission too many scientists forget when they’re busy in the lab. This fix to this is easy: Start connecting with your community.

“When I was a professor, I’d have about 30 to 40 people in my lab and I had a rule: At least twice a month, every scientist had to go to a classroom and explain their science,” Warner says. “We didn’t have a grant or a program — we just did this. The kids and the scientist loved it!

“Because if you’re looking at 3rd graders in the eyes and talking about your chemistry…you start thinking: Isn’t what we do as scientists ultimately for them? If not, what are we doing?” Warner said. “We have a need to serve society.”