The latest skirmishes over hydraulic fracturing in Florida and California are, at their core, about water. 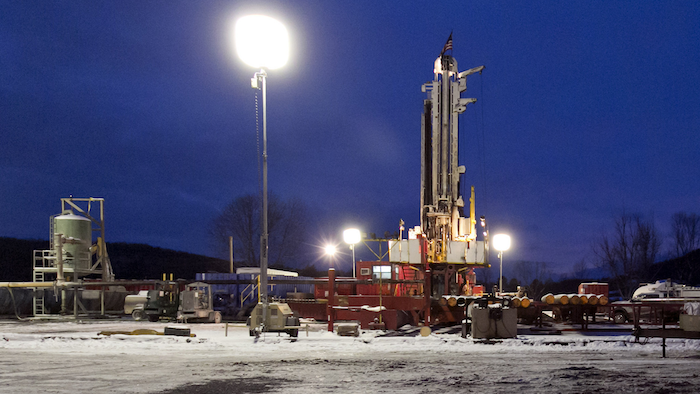 The latest skirmishes over hydraulic fracturing in Florida and California are, at their core, about water. Many fracking-related spills have been recorded, and opponents say that such incidents pose unacceptable threats to water supplies. But the issue is fraught with uncertainties. Scientists review what's known about the fluids in ACS' journal Environmental Science & Technology and conclude that a comprehensive assessment of potential risks requires full disclosure of fracking fluid contents.

The expansion of fracking in recent years has lowered energy costs for customers and is expected to continue its growth for the next several years, industry experts have reported. But the compounds used to crack shale formations to release their gas and oil reserves are under increasing scrutiny. While many are considered harmless, others are known toxins or carcinogens. And there are substances that oil and gas companies use in fracking operations that they don't disclose publicly. But in a recent review article, Martin Elsner and Kathrin Hoelzer note several reasons why these companies should list all the compounds involved.

The researchers say transparency could go a long way toward improving these operations. Among other benefits, full disclosure could allow for better monitoring of waterways for potential contamination. It also could help in assessing what new compounds might form from underground chemical reactions. Although some fluid additives might be non-toxic to start, they could react with other substances once injected into a well and form new potentially harmful products, the team explains. A complete listing could also contribute to improving the treatment of wastewater from fracking operations to remove potential toxins before they can contaminate aquifers, rivers and lakes. In addition to knowing the starting materials, the researchers say cataloging naturally occurring compounds that seep into the fluids from underground deposits is critical.