Scientists have discovered what causes the stability of various compounds that are not commonly found in 'textbook' chemistry. 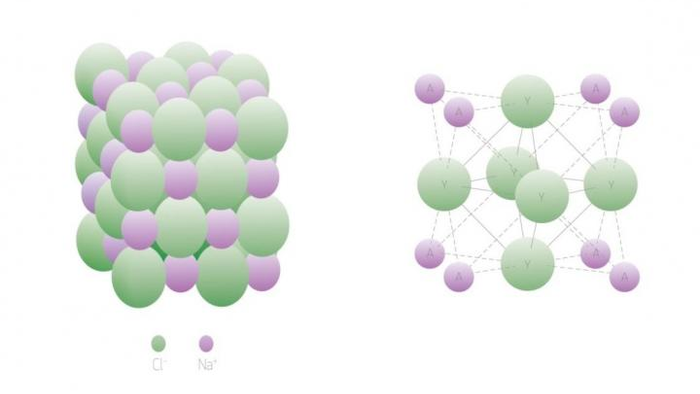 Gabriele Saleh, a research fellow at MIPT, and Prof. Artem Oganov, a Laboratory Supervisor at MIPT and Professor at the Skolkovo Institute of Science and Technology (Skoltech), have discovered what causes the stability of various compounds that are not commonly found in 'textbook' chemistry.

The reorganisation of the chemical interactions results in the stability of the 'new' structure of the compounds. The results of the study have been published in the journal Physical Chemistry & Chemical Physics.

Oganov and Saleh derived a simple model and formulated the basic principles of stability of 'forbidden' substances. In addition, the scientists updated the phase diagram of compounds formed by Na and Cl: they added one new compound, Na4Cl3, and two new phases of Na3Cl. The research was conducted using the USPEX algorithm combined with quantum mechanical calculations.

"We showed how the insights gained in the present study can be used to rationalize the stability of recently discovered high-pressure compounds," say the authors in their paper.

In a previous experiment, Oganov and his colleagues discovered several 'forbidden' compounds- Na3Cl, NaCl3, NaCl7,and even Na3Cl2. These compounds are only stable under extreme pressure (approximately 200,000 atmospheres) and they decompose under normal conditions on Earth. However, understanding how new compounds become stable under high pressure is of utmost importance for planetary science.

The interactions between neighbouring atoms in a crystal are responsible for the structure and properties of the crystal (remember carbon and graphite).

Upon formation of these 'forbidden compounds', new Na-Cl interactions are formed at the expenses of Na-Na metallic bonds. The competition between these two bonding types, influenced by pressure, determines the peculiar structures of the newly discovered compounds.

The formation of alkali subhalides, and the mechanism responsible for it, were investigated by considering the reaction: 2Na +NaCl ->Na3Cl. Or more generally: 2A + AY -> A3Y (A=Li, Na, K; Y= F, Cl, Br). Along this reaction, additional bonds and interactions are formed and the coordination number (that is the number of interactions a given atom forms) of halogens increases.

The calculations made by Oganov and Saleh have demonstrated that in addition to the compounds discovered in 2013, Na4Cl3 is also stable, and Na3Cl has two new structures. The investigation of the stability of substances formed along the reaction 2A + AY -> A3Y (A=Li, Na, K; Y= F, Cl, Br) led the authors to predict that Li3Cl, Li3Br, and Na3Br are stable under pressure. All three of these subhalides have a structure similar to the structure of Na3Cl, which was discovered previously.

Each rule must have its exceptions - K3Br and K3Cl, for example, display completely different structures. The researchers demonstrated that this different behaviour can be traced back to potassium (K) having energetically accessible d-orbitals, which is not the case for lithium and sodium. Under pressure, these orbitals come into play and form different chemical bonds with respect to those observed in lithium and sodium compounds.

Computer-aided design of materials is a new and promising field of materials science. Thanks to modern computing facilities and algorithms, scientists are able to predict the structure and properties of compounds, which will significantly increase the speed and reduce the cost of manufacturing the materials of the future.