Bomb Attacks on Pipelines Cause Massive Oil Spill in Nigeria 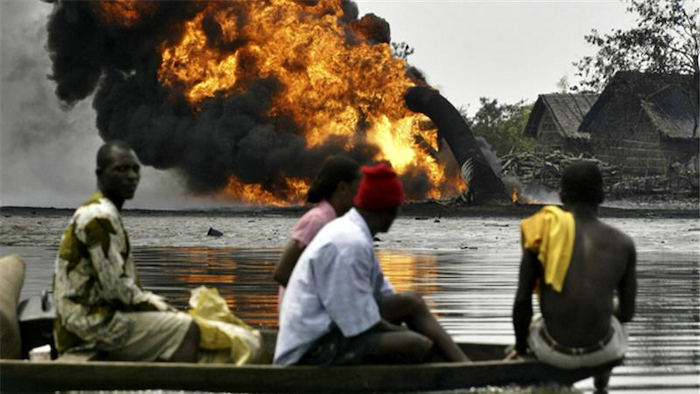 A spokesman for Italian parent company ENI says 16,000 barrels of oil per day were lost and the company Monday began working to resume production. The rules of the official's job do not allow him to be quoted by name.

Community leader Eke-Spiff Erempagamo says the spill is "massive — the biggest in years" in the Brass local government area. Residents blamed the explosions on Thursday and Friday on militants who want a bigger share of oil revenues for the producing states.