The bill now goes to the House, where a similar bill was approved in June. If enacted into law, the bill would be the first significant update to the Toxic Substances Control Act since the law was adopted in 1976. 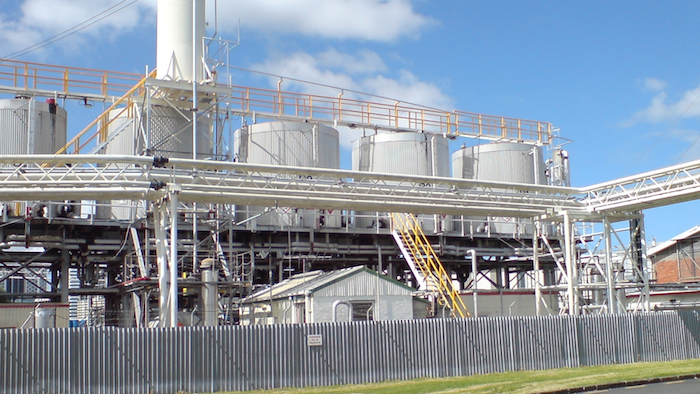 (AP) — A bill to set safety standards for tens of thousands of chemicals that now are unregulated is one step closer to becoming law. The bill — the first update of regulations governing harmful chemicals in nearly 40 years — would offer new protections for people such as pregnant women, children and workers who are vulnerable to the effects of chemicals. It also would set deadlines for the Environmental Protection Agency to act.

The Senate approved the measure on a voice vote Thursday night with just a handful of senators in the chamber, as lawmakers prepared for a year-end recess. The bill now goes to the House, where a similar bill was approved in June. If enacted into law, the bill would be the first significant update to the Toxic Substances Control Act since the law was adopted in 1976.

"This bill will create more regulatory certainty for American businesses and uniform protections for American families," said Sen. James Inhofe, R-Okla., chairman of the Senate Environment Committee and a leading supporter of the bill. The bill, sponsored by Republican David Vitter of Louisiana and Democrat Tom Udall of New Mexico, is named after the late Sen. Frank Lautenberg, a New Jersey Democrat who pushed for chemical reform before his death in 2013.

Vitter called the Senate vote historic. "As we honor the legacy of the late Senator Frank Lautenberg, we also move toward the future embracing these major, necessary reforms to our nation's broken chemical safety law," he said. Udall said the measure will ensure that Americans in all 50 states have necessary protections from toxic chemicals.

"With thousands of chemicals in existence, and as many as 1,500 new chemicals coming on the market each year, 39 years is too long to go without protections for children and families," Udall said in a statement. Regulation of chemicals took on new urgency after a crippling spill in West Virginia last year contaminated drinking water for 300,000 people. The chemical, crude MCHM, is one of thousands unregulated under current law.

The House bill differs from the Senate version in a number of areas, including a provision that allows states to continue regulating toxic chemicals as long as the state law does not conflict with the federal statute. Lawmakers in both chambers have struggled to find language acceptable to those seeking strong state regulation of dangerous chemicals while not creating a situation where industry faces 50 sets of rules for chemicals.