Public Meeting Over Decade-Old Oil in Gulf Leak Gets Testy

A decade-old oil leak that could last for another century was caused by an "act of God" during a hurricane in the Gulf of Mexico, the president of the company responsible said Wednesday. 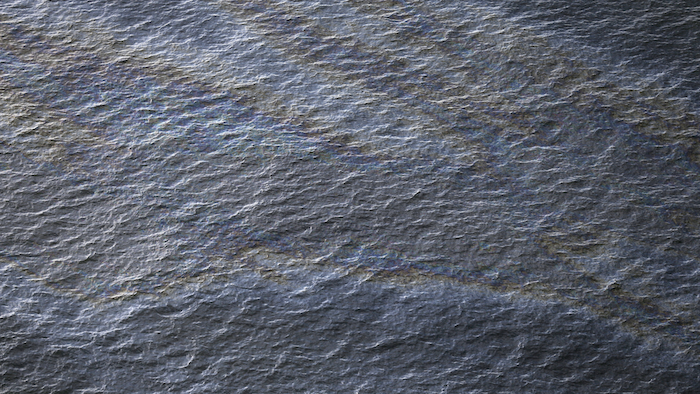 BATON ROUGE, La. (AP) — A decade-old oil leak that could last for another century was caused by an "act of God" during a hurricane in the Gulf of Mexico, the president of the company responsible said Wednesday.

The assertion from Taylor Energy President William Pecue didn't sway environmental advocates who attended a daylong meeting in Baton Rouge, where the company satisfied terms of a court settlement by presenting information about its efforts to end the leak off Louisiana's coast.

Pecue, citing "potential future litigation," declined to answer an audience member's written question pressing him to explain why he considers the leak to be an act of God.

"Defining why we believe this is an 'act of God event' gets into a legal definition that is not appropriate for today," he said.

In September 2004, waves whipped up by Hurricane Ivan triggered an underwater mudslide, which toppled a Taylor Energy-owned platform and buried a cluster of its oil wells under mounds of sediment.

Oil slicks often stretch for miles about 10 miles off Louisiana's coast. Federal regulators believe oil is still coming out at the site, but Taylor Energy claims the slicks result from residual oil oozing from sediment on the seafloor.

Taylor Energy has said nothing can be done to completely eliminate the chronic sheens. Regulators recently estimated the leak could last a century or more if left unchecked.

An Associated Press investigation last year revealed evidence that the leak is worse than the company, or government, publicly reported during their secretive response. Presented with AP's findings, the Coast Guard provided a new leak estimate that's about 20 times larger than one cited by the company in a court filing last year.

Retired Army Lt. Gen. Russel Honore, who founded a coalition of environmental groups but is better known for helping restore order in New Orleans after Hurricane Katrina, said he wants to see more transparency from Taylor Energy and the government. He called the leak a "man-made disaster."

"If we didn't put the (platform) there, this incident wouldn't have happened," he said.

Honore walked out of the meeting following a testy exchange with Pecue, who refused to answer when Honore asked him to explain why the company has downplayed the leak's potential environmental impact.

Pecue said he was only taking written questions and told Honore he would have to leave if he persisted in asking his question. Honore left after Pecue threated to "shut this down."

Earlier, Pecue said the company cares "very deeply" about the environment. Taylor Energy says it has spent more than $480 million on its efforts to stop the leak.

"This event hits home for us," said Pecue, the last remaining full-time employee at the New Orleans-based company.

The public meeting is a requirement of a court settlement that Taylor Energy reached in September with environmental groups led by the New York City-based Waterkeeper Alliance, which accused the company of withholding information about the leak.

Pecue and company-hired experts made most of the presentations during the meeting, the first public forum Taylor Energy has hosted since the leak started more than 11 years ago.

Taylor Energy, once one of the Gulf's largest operators, sold all its offshore leases and oil and gas interests in 2008. Its founder, Patrick Taylor, died in 2004. The company is led by his widow, Phyllis Taylor, a prominent philanthropist and political donor.

Using satellite imagery and Coast Guard pollution reports, the West Virginia-based watchdog group SkyTruth has estimated that up to 1.4 million gallons of oil has spilled from Taylor Energy's site since 2004.

Christopher Reddy, a scientist from the Woods Hole Oceanographic Institution in Massachusetts, said it would be "painfully inaccurate" to compare the leak to BP's massive gusher in the same waters. A federal judge ruled BP's 2010 blowout spilled 134 million gallons of crude into the Gulf.

"Every oil spill is different. We have to remember that," said Reddy, whom Taylor Energy hired to be an expert witness for the environmental groups' litigation.