Attacks on Oil Installations is Costing Nigeria $2.4M a Day

The attacks began Friday in the southern Niger Delta after a court issued an arrest warrant for former warlord Government "Tompolo" Ekpemupolo in connection with $17.4 million that has gone missing from government coffers. 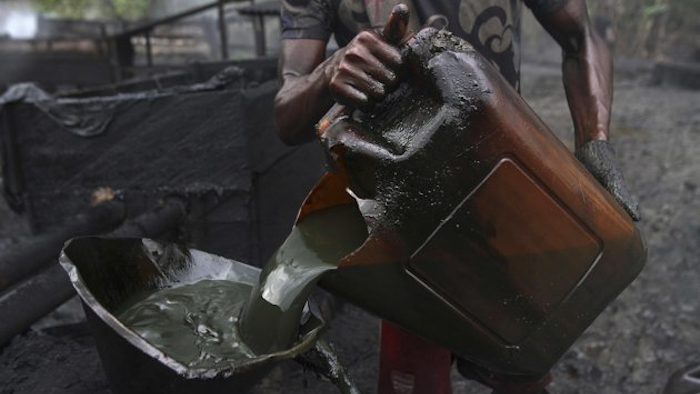 LAGOS, Nigeria (AP) — Multiple attacks on strategic oil and gas installations is costing Nigeria $2.4 million daily, a Cabinet minister said Tuesday as the military launched a manhunt for a militant and warned it will hold community leaders responsible for the "economic sabotage."

The attacks began Friday in the southern Niger Delta after a court issued an arrest warrant for former warlord Government "Tompolo" Ekpemupolo in connection with $17.4 million that has gone missing from government coffers.

Explosions on a Nigerian Gas Company pipeline connected to the Escravos facility of Chevron Nigeria is costing the country $1.98 million daily in lost power and $400,000 in gas, Power Minister Babatunde Fashola said, adding repairs would cost another $600,000.

Hundreds of people are fleeing the area and companies are evacuating workers for fear of a harsh military crackdown, community chieftain Elekute Macaulay told The Associated Press.

Tompolo has denied involvement in the theft and the attacks, centered around his hometown of Gbaramatu.

Residents said the military has launched a manhunt for Tompolo in the creeks and mangrove swamps and that militants are patrolling in home-made gunboats.

Tompolo and others signed a 2009 amnesty in exchange for government stipends and lucrative contracts to protect installations they once sabotaged, ending years of conflict that was killing about 1,000 people a year and cut Nigeria's oil output by 40 percent.

There's been growing tension over a December deadline for the amnesty payments to stop.

Niger Delta militants demand a greater share of the oil wealth that provides 80 percent of government revenue and has devastated the area with pollution, destroying fishing grounds and agricultural fields.