Lawsuit Alleges High Levels of Arsenic in Some Vino — Should we Drink On?

A researcher named Kevin Hicks analyzed 1,300 bottles of wine and found that almost a quarter of them had arsenic levels higher than what's considered safe for water. But is there more to the story? 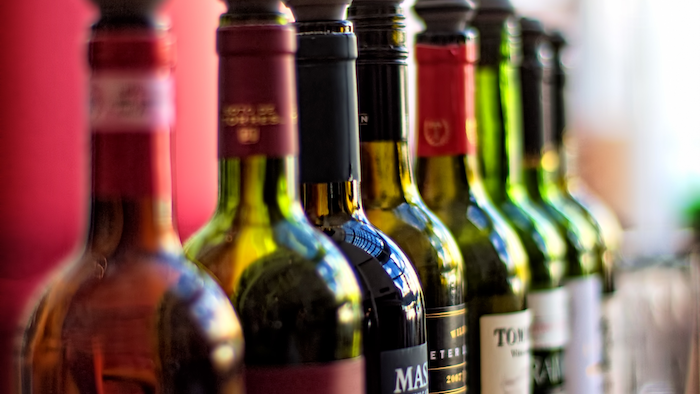 Talk about a bad wine pairing.

This week a lawsuit in California alleged that certain brands of cheaper wines contain dangerously high levels of arsenic.

This isn’t the first time research has emerged that might make you eye your glass of vino suspiciously. Just a few years ago, the arsenic-wine connection was pinpointed in a study looking to determine how we end up with arsenic in our system.

But the kicker with this recent lawsuit is that it reveals a finding that fans of cheapo vino aren’t going to like: The more thrifty the wine, the more arsenic floating in your glass.

The lawsuit names brands such as Franzia White Grenache, Trader Joe’s Two-Buck Buck White Zinfadel and my favorite wine, Menage a Trios Moscato, as containing up to 50 parts per billion of arsenic.

It may not sound like a lot, but that number is considerably higher than the 10 parts per billion level the EPA has OK'd for drinking water.

What’s arsenic — a known carcinogen — doing in wine? Apparently no one can say for sure — and Hicks’ research doesn’t draw any strong conclusions about why cheaper equals more toxic. But other researchers have speculated that arsenic could enter during the filtration process that gives beer and wine their sparkly look. Others believe pesticides could be the culprit. Arsenic also occurs naturally in the environment and is present in soil.

After the lawsuit was announced, wine makers, predictably, weren’t raising their glasses to the news. One site had its own allegation in response — that Hicks is trying to squeeze big-box wine makers out of money.

According to the report, 50 parts per billion is more than Californian tap water, but as far as wine goes, it’s still one-half of what’s considered safe in Canada and one-fourth as high as what’s permitted in Europe.

The distinction between wine and water is also critical because people (hopefully) drink much more water than wine.

So why the lawsuit? A spokesperson for a wine industry group was quoted as saying, "[Hicks] has direct financial interest in this. This isn't about health concerns. It's about someone's economics."

They believe that Hicks is honing in on cheaper wines specifically because they are made by bigger retailers with more assets to shed in a high-profile lawsuit fueled by the public’s fears.

If that’s true, maybe I will take that glass of Menage a Trios back. (It’s Friday, after all!) But it’s clear that it’s time for some reliable information about we're drinking.

Presently, there are no labeling requirements for what’s in wine. No matter what happens with the lawsuit, the hoopla will hopefully spur regulators into action — either with labels or clearer guidelines on how much arsenic should be considered acceptable in wine — so that everyone can go on enjoying one of life’s greatest drinks.