Is Killing Keystone XL Really a Win For The Environment?

Environmentalists were thrilled by the announcement, while supporters of the pipeline shook their heads in dismay. 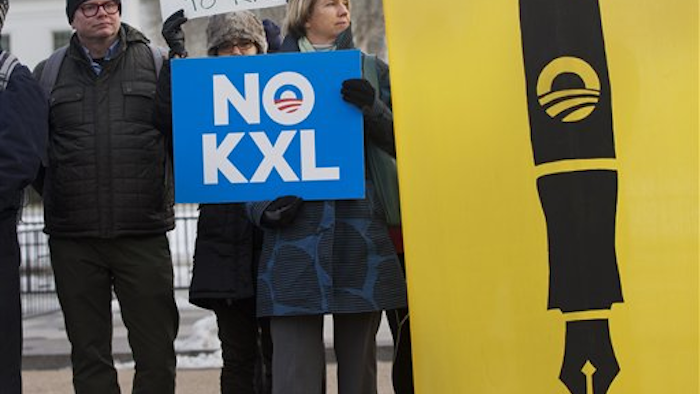 For the time being, it’s the end of the line for the Keystone XL. On Friday, President Obama rejected the proposal for the pipeline that was to be completed by TransCanada Corp. The oil infrastructure project had been arousing heated public debate for seven years.

Naturally, environmentalists were thrilled by the announcement, while supporters of the pipeline shook their heads in dismay. Citing the need to be a global leader in the fight against climate change, Obama said the pipeline is not in the “nation’s interests.”

The pipeline was projected to funnel about 800,000 barrels of crude from the tar sand fields of Canada and North Dakota to Nebraska, where the heavy crude would link with existing pipelines and make its way to refineries on the Gulf Coast.

If the goal is to move the U.S. away from fossil fuels, the question is: Does axing Keystone XL really help?

In theory, hampering the flow of oil might start to level the playing field between fossil fuels and renewables, leading to a cleaner and more diversified energy landscape (which we are heading toward either way). But the reality is that in the absence of Keystone, Canada is just going to find other ways to move its oil.

Most notably, oil is going to keep on rolling through U.S. cities on so-called bomb trains – which are notoriously dangerous for both the threats to human life that comes with derailments and explosions, and to the environment due to spills. (Here’s a more in-depth comparison on the dangers of each type of transportation).

According to the Associated Press, North Dakota produces about 1.1 million barrels a day, and roughly half of that is already shipped by rail.

“Keystone XL would have replaced at least one, mile-long oil train each day,” AP reported.

According to the New York Times, the numerous State Department reviews of Keystone XL showed that with or without the pipeline, this type of oil — which is considered to release more greenhouse gases in production than other types of crude — will still be extracted and burned.

While it’s true that low oil prices coupled with the absence of the northern portion of Keystone may hinder future investments in Canada’s tar sands, the question seems to be less about if that oil is coming out of the ground and heading to other markets, and more about when and how.

For the moment TransCanada has several options: It can wait until after the 2016 presidential elections and if a friendlier face is elected, reapply for the needed permits. Or, as Christian Science Monitor reports, the company could possibly protest the objection under the North American Free Trade Agreement.

Either way, the company is already diverting more attention to another major pipeline project it’s developing called Energy East. The $9.1 billion pipeline is slated to carry about 1.1 million barrels of crude per day from Western Canada to ports along Canada’s east coast. That project is facing stubborn environmental opposition as well — so much so that the company announced last week it is scrapping plans to build an export terminal in Quebec due to concerns about the oil traffic harming beluga whales. It is, however, moving ahead with plans for a terminal in New Brunswick.

But while some see those hurdles as evidence that the fossil fuel industry is being brought to its knees, others say that the Keystone setback only strengthens TransCanada’s argument for needing Energy East, which is projected to be completed by 2020. Because without some kind of pipeline, the industry will soon be facing a capacity crunch.

Meanwhile, the black gold in Canada is still being pulled from the earth.

As many have noted, Obama’s decision is clearly more about symbolism and legacy. While environmentalists may applaud his steps, the reality is that, if current production is any indication of the future, killing Keystone isn’t going to protect the environment from the flow of fossil fuels.

Will this symbolism ramp up support for renewables and bring more attention to climate change and the role of our energy infrastructure? Maybe. But otherwise, does this symbolism truly serve the interests of our nation or for that matter, the environment? Short answer: Probably not.