There have been fundamental shifts at play that have served to prolong the current favorable conditions the chemical industry has been enjoying, triggering an unprecedented wave of investment in new capacity globally. 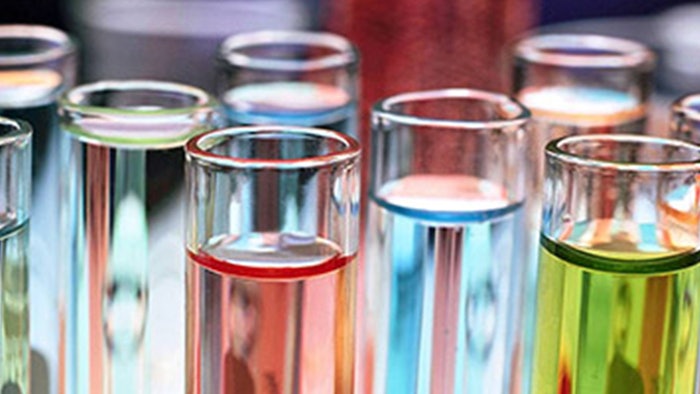 Over the last several years, there have been fundamental shifts at play that have served to prolong the current favorable conditions the chemical industry has been enjoying, triggering an unprecedented wave of investment in new capacity globally. However, as the pace of change in downstream markets accelerates, precipitated mostly by the adoption of digital technologies, chemical leaders are now prioritizing the attainment of digital capabilities as a cornerstone for success in their own business strategy.

This shift in thinking stems from not only the desire to drive higher levels of productivity and cost containment, but also to address the pressing issues of accelerating downstream change and commoditization, a growing skills gap, and blurring industry lines to potentially transform the way they do business.

The shale phenomena that has utterly transformed the United States oil and gas industry has also had profound knock-on effects in many other industries—primarily in terms of lowering the cost of their energy inputs. However, no other industry has benefitted as much as the chemical industry in that it also enjoys a substantial raw material cost advantage as natural gas is the basic building block of organic chemistry (see diagram below from BCG).

The effects of this cost advantage have been profound. First, the industry now leads all other U.S. industrial sectors in shareholder return since the advent of shale gas (see chart by McKinsey below).

Second, having historically met demand through assets deployed on a regional level, the U.S. chemical industry is now able to compete successfully on a global basis to serve export markets as the lower input costs have more than offset disadvantages in labor costs. These two factors provide a significant competitive advantage to the U.S. chemicals manufacturing base relative to other regional manufacturers, in terms of attracting capital and meeting global demand.

In a mature market, growth in the chemical industry tends to correlate with overall economic growth as chemicals play a role in nearly every product-based industry. Chemical products like polymers, coatings, and adhesives, for example, are applications abound in consumer products, high tech, medical, automotive, aerospace and defense, telecommunications, and transportation.

As a result, the chemicals industry is considered by many to be a “bellwether” industry for overall economic productivity. In fact, the American Chemistry Council states that the ripple effects from the industry account for roughly 25 percent of U.S. GDP.

Developing markets, on the other hand, are a bit different. In these cases, growth rates accelerate as people rise from poverty and demand consumer goods and other products that are readily available in more mature markets. This is exactly what has been happening in Asia and parts of the Middle East over the last decade.

As a result, demand for chemicals in those regions is growing much faster than in the traditional markets of North America and Europe moving the center of mass for demand further east. Meeting this demand has spurred unprecedented levels of investment in new capacity since the advent of shale gas, both proximate to the rising demand (typically by national integrated producers in Asia and the Middle East) as well as near the abundance of cheap raw materials (by many of the leading players in the U.S. who are now well positioned to meet this demand through exports—see diagram from the European Chemical Industry Council below).

The positive shifts of both supply and demand have created a wide window for capacity expansion.  Much of the first wave of investment has been in steam cracker capacity. These are large and very capital-intensive plants designed to break the saturated gas liquids (ethane, propane, butane) into smaller, precursor molecules (ethylene, propylene, butylene) for the manufacture of very useful commodity chemicals (polyethylene, polypropylene, polystyrene, and PVC, among others).

These projects have very long investment cycles (often more than five years) and are extremely expensive to build (about $10 billion for many world scale plants). As a result, they are often referred to as “mega-projects.” Ethylene is, by far, the most important of these precursors. So, it should be no surprise that quite a few ethylene projects have been announced over the last several years, many of them coming or expecting to come onstream recently (see IHS chart below).

In fact, since this chart was made in 2017 by IHS, three more projects totaling 4.3MM metric tons of capacity have been announced to bring the total of these project to more than 10 percent of global capacity.

IHS predicts that there will be over 40 percent growth in ethylene production between now and 2025 (inclusive of these projects) while natural gas production continues to grow by another 60 percent over the next 20 years. If this holds true, it is easy to see how the cycle can be prolonged for quite some time to come.

Where exactly is this new capacity going to come from? To no one’s surprise, the U.S. is expected to lead the charge in terms of adding new capacity over the next decade (see first chart below)—mostly for the export market (see second chart below), due to their advantaged raw material position. Likely, the U.S. chemical sector should have very favorable fundamentals driving their growth during this period.

Influences on business cycles are nuanced. Changes in demand relative to supply (or vice versa) are usually what precipitates inflections in the cycle. Certainly, the surging global capacity and slowing demand in China are factors to monitor. In their March 2017 whitepaper, “Chemicals 2025: Will the industry be dancing to a very different tune?,” McKinsey points out several trends that could derail the current good times for US chemicals producers, including the following:

Decline of the Specialties Model

McKinsey points out that the specialties model, where “moving the portfolio to a higher specialties content is a reliable way to help solve the challenge of growth and value creation,” has become “a game of inches […] we would be hard pressed to name a single chemical blockbuster developed in the last ten years.”

This is a direct result of accelerated commoditization which slowly and steadily erodes the ROI of R&D given the long investment cycle. New entrants from national-owned entities will only serve to compress commoditization cycles more quickly as they move along the experience curve. M&A has risen in R&D’s stead to rapidly shift the portfolio to more differentiated products or widen a company’s value chain participation.

Unfortunately, increased M&A activity works against itself as competitors bid up companies, which distorts valuations and increases transaction costs. As a result, M&A success rates have remained low.

It is hard to ignore the rising protectionism across the globe. Populous movements across the EU (UK, Italy, Hungary, Poland, Austria—even Germany and France) could alter global trade. In the US, the renegotiation of NAFTA, exit from the TPP, strong rhetoric towards China, and the recent imposition of trade tariffs on certain commodities and products could lead to increased proliferation tariffs which could have a profound impact on demand for US produced chemicals—specifically shifting advantage to national-owned entities.

Finally, digital disruption in other parts of the value chain and in adjacent industries could serve to blurry industry lines much faster. McKinsey serves up the prior cited (in Part 1) example of agro-chemicals where digital technologies open the door for platforms like Alibaba and Amazon to impinge on the sphere of existing market players and further promise more efficient application causing an adverse impact on demand. Regardless of when this may happen, the threat of disruption posed by digital technologies is rising steadily.

The U.S. chemical industry currently enjoys a significant raw material cost advantage that enables it to successfully compete in export markets. This has provided sufficient cash flow and capital for investment which has, so far, gone to build new capacity to meet this demand. However, several factors, including new capacity in Asia and the Middle East, slowing demand (particularly in China), the erosion of the specialties model, rising geopolitical protectionist movements across the globe, and blowback from further adoption of digital technologies in the chemicals value chain portends of changing dynamics that could trigger significant disruption in the industry—sooner rather than later.

As Dan Bieler, principal analyst with Forrester, put it in his post on February 7, 2017, “digital transformation investments are ultimately about business survival through disruption.” With a projected window of relative stability in hand, now is the time for the industry to begin investing in digital technology in a big way.

Mike Laprocido is the strategic industry advisor, Chemicals, at SAP.