In Battle For Coffee Pod Market, It's Keurig vs. Recyclables 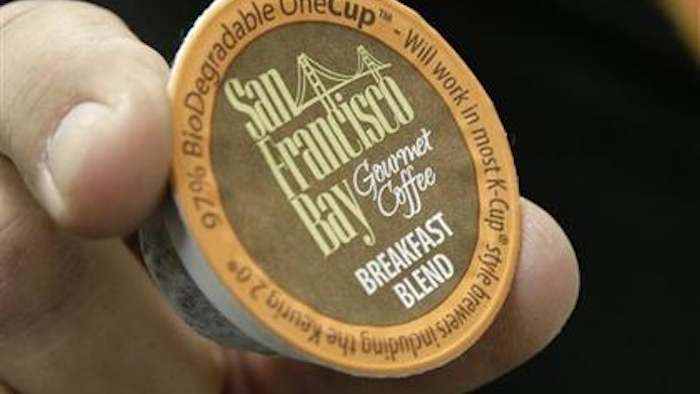 LINCOLN, Calif. (AP) — One measure of how heated the environmental battle has become over coffee giant Keurig Green Mountain's $5 billion-a-year plastic pods is how often the company's opponents use galactic comparisons.

The company introduced a new coffeemaker in time for Christmas that allowed only its pods, and the battle heated up again. It spawned parodies featuring Star Wars-style rebels challenging the "Keurig Empire" by hacking a machine to accept more environmentally friendly pods made by rivals.

More than a dozen coffee manufacturers and other businesses are suing over what they claim is Keurig's unfair efforts to shut out rival pods.

"We're under siege," said Jon Rogers, patriarch of a California-based family coffee company whose soy and corn byproduct-based pods are among those that the new Keurig machine is engineered to reject. "It's a matter of life and death for me."

Keurig says the fight boils down to how to make the best cup of coffee, and the company has pledged to come up with a fully recyclable pod of its own by 2020. The throw-away containers, both by Keurig and its competitors, allow coffee drinkers to get a quick cup without messy grounds.

One reason Keurig is locked into plastic right now is that nothing else seems to keep the coffee inside the pods fresh like it does, said Monique Oxender, the company's chief sustainability officer. Keurig is seeking more environmentally friendly materials, she said.

"We have to do that while protecting the quality of the coffee," she said.

If this sounds like a tempest in a coffee cup, it might be that you haven't yet gotten a single-serve coffee-brewer for Christmas, which analysts says is how half the users get their start.

Keurig's product is reshaping the $40 billion U.S. coffee industry. Its annual report said it accounted for 30 percent of retail coffee sales last year. More than one in five U.S. households had one of Keurig's single-serve coffee makers.

"In their current form, they're an environmental disaster," said Kevin Knox, a coffee-industry veteran and analyst who publishes and blogs on coffee and the global coffee trade.

The controversy heated up when the company introduced its Keurig 2.0 last Christmas. Consumers complained about having to use only Keurig-affiliated brands, and environmentalists fumed about the steady stream of plastic pods to U.S. landfills.

Coffee industry experts say Keurig also has stuck with plastic so far because it helps contain the carbon dioxide that roasted beans put off — early K-Cup prototypes had a problem with pods popping open.

Makers of biodegradable and recyclable single-serve pods can deal with both problems by finely timing distribution to retailers, so the pods don't sit around too long on store shelves, said Knox, the coffee blogger.

Rogers, whose adult children help him run Rogers Family Coffee in Lincoln, California, a half-hour from Sacramento, isn't waiting for the lawsuits against Keurig to work their way through courts.

His family recently produced a small black gizmo it calls the "Freedom Clip," which they say lets consumers rig a Keurig 2.0 coffee machine so it accepts rival brands.

Rogers mails them for free to any consumer who asks. Rogers also is about to start distribution of biodegradable coffee pods marked with special ink that he says will fool the lock-out mechanism on the Keurig 2.0.

Ultimately, Knox said, the boom of coffee-pod sales shows how intimidated Americans have become by the long-running gourmet coffee trend — fearing to home-brew java, and feeling coffee-brewing is an art best left to Keurig, Starbucks and other professionals.

If it's really environmentally friendly coffee you want, Knox said, the argument runs the other way entirely. Instant coffee, he noted, ships easily as a lightweight powder, with minimal packaging, and a recyclable glass jar.