Past, Future Effects of Oil Argued in BP Penalty Trial

The 2010 BP oil spill's long-term effects on Gulf of Mexico sea life and coastal marshes remain uncertain, an environmental expert testified Wednesday as federal attorneys laid out their case for penalties against the oil corporation that could hit $13.7 billion. 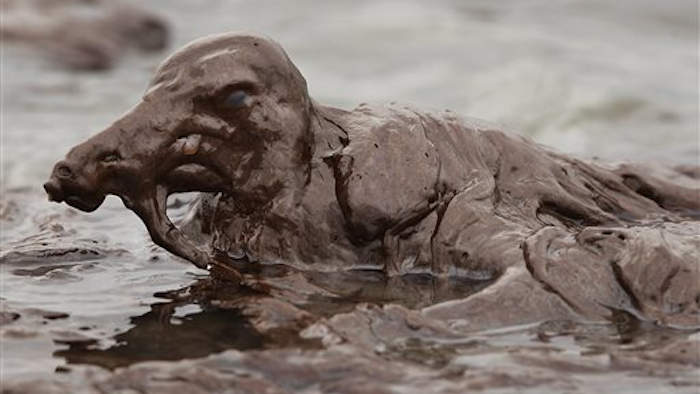 NEW ORLEANS (AP) — The 2010 BP oil spill's long-term effects on Gulf of Mexico sea life and coastal marshes remain uncertain, an  environmental expert testified Wednesday as federal attorneys laid out their case for penalties against the oil corporation that could hit $13.7 billion.

Donald Boesch, a professor at the University of Maryland, testified for the Justice Department, which is pressing for high penalties against the oil giant. Aside from the obvious harm — among his examples were oiled wildlife, fouled coastal marshes and damage to mangroves — Boesch recounted potential harm to sea life populations based on the effect of oil on microbes at the bottom of the natural food chain.

Boesch was the latest in a parade of experts the Justice Department has called to bolster its case that environmental, economic and social harm done to the much of the Gulf Coast after the Deepwater Horizon rig explosion at BP's Macondo well on April 20, 2010, warrants a stiff Clean Water Act civil penalty. The explosion killed 11 workers and spewed oil into the Gulf for 87 days.

BP estimates it has already piled up $42 billion in costs related to the spill and is pushing for an unspecified lighter penalty. In addition to pushing for the hefty BP penalty, the government has suggested a $1 billion-plus penalty for Anadarko, a minority partner in the Macondo well. Anadarko is fighting that penalty, noting that it was a non-operational partner in the well.

BP, which is expected to begin presenting its case as early as Friday, maintains that the government is ignoring some of its own data indicating strong recovery of the Gulf environment and economy. In briefs and in cross examination, BP attorneys attacked the idea of "potential harm" cited by the government experts as speculation that should not be used in considering the penalty.

"You've done no independent analysis of any population change for any fish species, correct?"

"I have not done that," Boesch replied, but he consistently defended his conclusions of potential harm based on his review of a host of reports and data.