The company said it has more than 45,000 orders for the Class 1 vehicle. 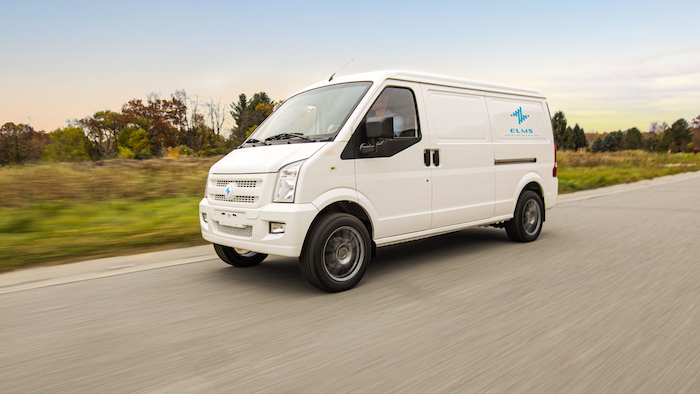 MISHAWAKA, Ind. (AP) — An Indiana factory that once produced Hummers will be churning out electric vehicles later this year. Electric Last Mile Solutions plans to make light-duty delivery vehicles in Mishawaka in the third quarter, the South Bend Tribune reported.

The company said it has more than 45,000 orders for the Class 1 vehicle, which means trucks or vans weighing less than 6,000 pounds. The van can go about 150 miles on a charge. Employment could reach 100 people by the end of the year.

"We're excited by the anticipated first-to-market opportunities and thankful for the state of Indiana's support as we look to begin production later this year," said James Taylor, co-founder of the Troy, Michigan, company. The Indiana Economic Development Corp. has offered Electric Last Mile Solutions up to $10 million in conditional tax credits and up to $200,000 in conditional training grants, the Tribune reported.

The factory is the former AM General plant, which produced the gas-guzzling Hummer H2.

"It's amazing how technology and mindsets have changed, and we went from building gas-hungry SUVs to 100 percent electric vehicles in the span of 20 years," said Bill Schalliol, director of economic development for St. Joseph County.