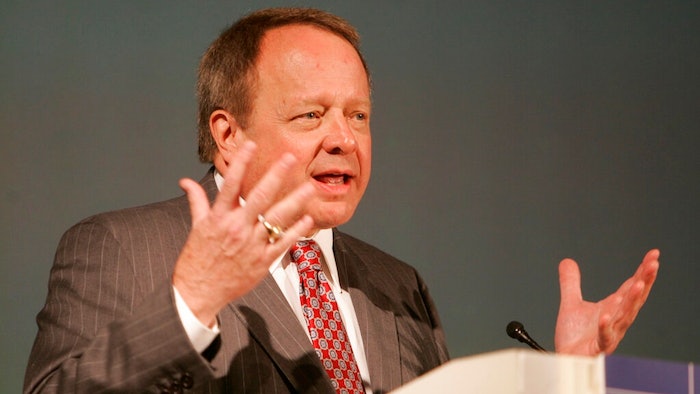 In this Wednesday, May 30, 2007, file photo, Edsel B. Ford II speaks at the Mackinac policy conference on Michigan's Mackinac Island, Mich. Ford II is retiring from the board of Ford Motor after serving as a board member for 33 years. The automaker also named some other members of the famous family as board nominees. Board nominees will be up for election at Ford's annual meeting on May 13, 2021.
Charles V. Tines/Detroit News via AP

DETROIT (AP) — Edsel B. Ford II is retiring from the board of Ford Motor and will be replaced by another member of the Ford family.

Two members of the Ford family will actually join the board because like Edsel Ford, John Lechleiter, the retired chairman and CEO of Eli Lilly, also served notice that he does not want to be considered for re-election.

Edsel Ford has been on the board for 33 years.

Board nominees will be up for election at Ford's annual meeting on May 13.