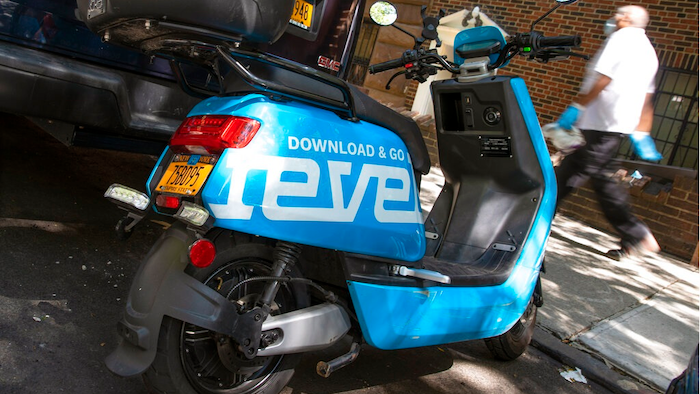 A man passes a parked Revel scooter on New York's Upper West Side, Tuesday, July 28, 2020. The moped sharing startup Revel suspended its New York City service Tuesday, July 28, 2020 after its second customer death in 10 days. The company's blue scooters, which require no training to rent, had been seen as an alternative to taxis and subways during the coronavirus pandemic.
AP Photo/Richard Drew

The death of Francis Nunez marked the third fatality involving the scooters in the city.

The Bronx resident was driving a scooter in upper Manhattan on the afternoon of July 25 when he lost control and hit a pole. Nunez was taken to a hospital with head injuries and died Aug. 4. A 32-year-old passenger was hospitalized in stable condition and was later released, according to New York City police.

The ride-sharing scooter startup announced July 28 that it was suspending operations in New York City after a second fatal crash in less than two weeks.

The company’s blue scooters, which require a driver’s license but no training to rent, had been seen as an alternative to taxis and subways during the coronavirus pandemic.