The company has struggled in recent years and is in the midst of an $11 billion restructuring plan. 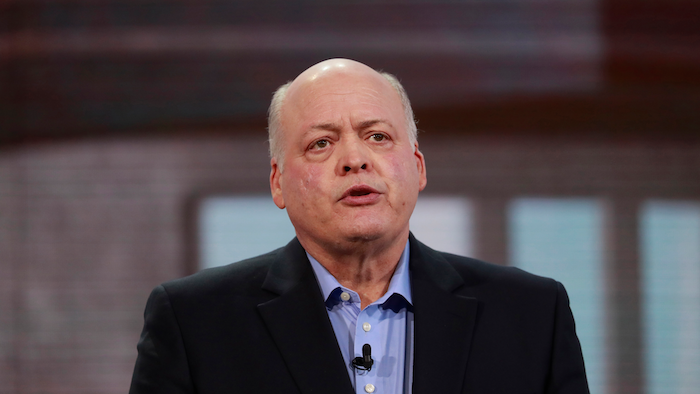 The company has struggled in recent years and is in the midst of an $11 billion restructuring plan designed to make it leaner and crank out new vehicles to replace what was an aging model lineup.

As COO, the 58-year-old Farley led the company's global markets and product development. He was in charge as Ford rolled out a revamped F-150 pickup, the new Bronco off-road SUV brand and the electric Mustang Mach-E SUV.

Farley was hired away from Toyota by then-CEO Alan Mulally in November of 2007 to run Ford's marketing operations.

The 65-year-old Hackett took over for the ousted Mark Fields in May of 2017. Almost immediately he began reviewing Ford's management structure and flattened the organization so it could move faster. But his often lengthy directives confused employees who weren't clear on where the company was headed.

Hackett, a retired Steelcase CEO who had run Ford's mobility efforts, will stay on as an adviser to Farley through March of 2021.

“We now have compelling plans for electric and autonomous vehicles, as well as full vehicle connectivity. And we are becoming much more nimble,” Ford said. He cited Ford’s quick shift to make ventilators, face shields and other protective equipment to help alleviate shortages at the start of the coronavirus pandemic.

It was apparent that Farley would take over as CEO in February, when Ford announced a management shakeup after a poor fourth-quarter financial performance and the botched launch of the Explorer SUV.

Ford’s full-year profit plunged last year by more than $3.6 billion, and it lost $1.7 billion in the fourth quarter. Hackett said the company fell short of expectations for the year, and he blamed the performance largely on the flubbed launch of the new Explorer at a factory in Chicago.

New Explorers came off the assembly line with multiple problems and had to be shipped to a Detroit-area factory for repairs, delaying deliveries to customers and costing the company sales.

Since then the company has focused on making its new product changes simpler and easier to manufacture.

Just after the change was announced Tuesday morning, Ford shares rose 2.9% to $6.88 in early trading.