The land where the 104-year-old facility sat was needed for a Jeep plant to store vehicles. 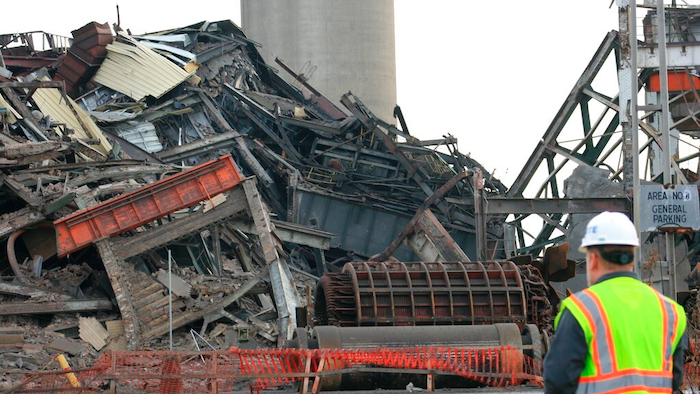 A person looks on as DTE Energy Co.'s old Conners Creek Power Plant is demolished Friday, Dec. 13, 2019, in Detroit. The power plant that was more than 100 years old was demolished Friday to accommodate a Jeep factory.
Kevin J. Hardy/Detroit News via AP

DETROIT (AP) — A Detroit power plant that was more than 100 years old was demolished Friday to accommodate a Jeep factory.

Explosives were used to bring down the Conners Creek plant near the Detroit River on the city's east side. The plant, which belonged to DTE Energy, started in 1915 as a coal-fired operation but was later converted to natural gas. It was retired in 2008.

“Conners Creek Power Plant played an important role in the growth of Detroit and is an integral part of DTE’s history,” said Trevor Lauer, president of DTE Electric.

DTE is swapping land with the city of Detroit as part of the deal. The old power plant property will be used to store Jeeps that will built nearby by Fiat Chrysler.