All New Teslas To Be Equipped With Self-Driving Features

Tesla Motors announced that beginning Tuesday, every new electric vehicle produced in its factory would include the hardware needed for fully autonomous driving. 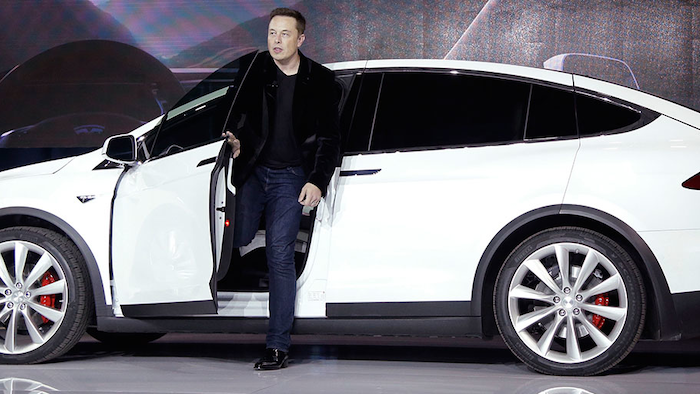 Tesla Motors announced that beginning Tuesday, every new electric vehicle produced in its factory would include the hardware needed for fully autonomous driving.

The automaker is the first in the U.S. to take such a step, although the technology would need to be cleared by regulators before it can be activated.

Prospective buyers can currently order a luxury Model S sedan or Model X SUV that will come equipped with self-driving features. The forthcoming, cheaper Model 3 sedan, which is slated to debut next year, will also include them.

Tesla's self-driving system includes a network of eight cameras — which provide visibility at all angles at up to 250 meters — along with ultrasonic sensors and forward-facing radar "capable of seeing through heavy rain, fog, dust and even the car ahead."

The system's software is powered by a new, more powerful onboard computer.

"It will basically be a supercomputer in a car," CEO Elon Musk said, according to the Associated Press.

Current Tesla owners won't be able to upgrade to self-driving systems, and the new cars will lack some features of current Tesla models while the company calibrates its system with "millions of miles of real-world driving."

Musk said that the new system will be able to navigate driving on city streets while an upgraded "Autopilot" system handles highway driving.

Musk, meanwhile, criticized the media for its focus on accidents involving self-driving systems. He noted that autonomous driving effectively eliminates human error and will result in much safer roads.

The company hopes to make the area a “center of electric vehicle research, development and manufacturing power.”
Nov 16th, 2021

If successful, it would deliver significantly more power than the current technology used to re-charge electric vehicles.
Nov 11th, 2021

After Twitter Poll, CEO Musk Sells Off $5B in Tesla Shares

The EV startup has delivered about 150 of its electric pickup trucks, mostly to employees.
Nov 11th, 2021